By ajohnsiney May 01, 2021
The Senior Special  Assistant to  Governor Dapo Abiodun on Health, Dr.  Ololade Kehinde says it is important to appreciate the need for religious and spiritual intervention both in counsels, wisdom and understanding for both the leaders and the governed in the nation.
He made the call during a Ramadan  lecture organised by the All Progressive Congress, Abeokuta South Local Government, Ward 4, on Friday at Itoko. 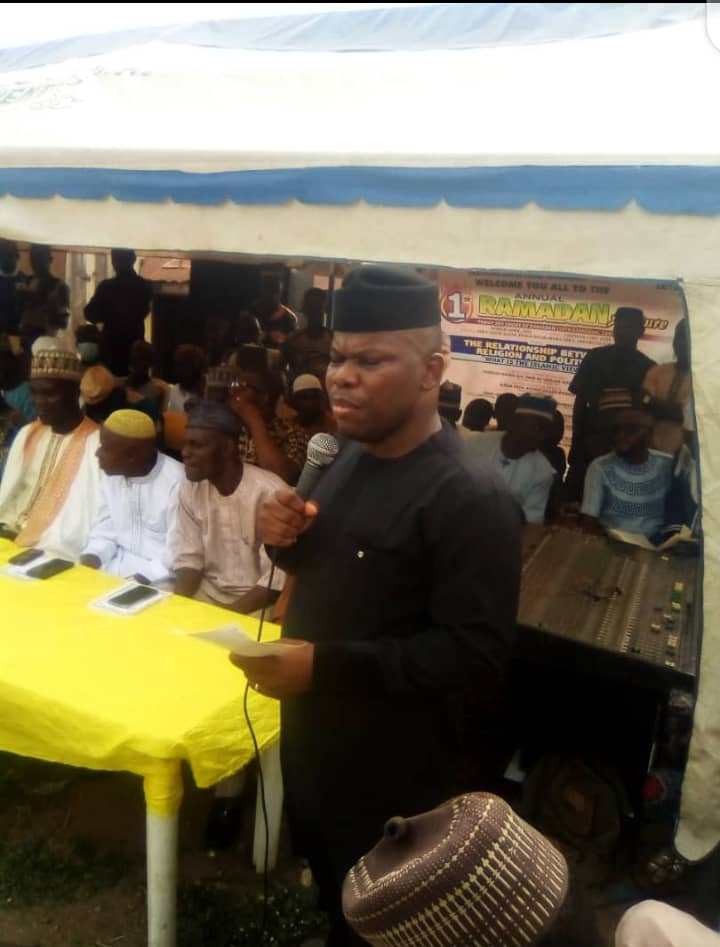 According to Ololade the purpose of the lecture is to appreciate the relevance between religion and politics and at this time of our nation when we are facing a whole lot of challenges.
Sheikh Abdul-Lateef Akorede Ademola who gave the Lecture titled, “The Relationship Between Religion And Politics, What the Islamic View” admonished everyone to have the fear of God in their daily dealings, saying that  it will create a better synergy between the leader and the follower.
The SSA in his  goodwill message to the people of the state says "we all should be God fearing, obedient to the guardance of the Holy be in book while assuring that this security challenge we are facing, is a temporary event and very soon, insecurity will be a thing of the past.