By ajohnsiney January 25, 2021
The newly elected chairman of Inter-party Advisory Council, IPAC, Ogun state chapter, Asiwaju Adedamola Adeshina  has warned the former chairman of IPAC, comrade Abayomi Arabambi  not to become a  destabilizing factor in  ogun state politics
Adedamola disclosed this over the weekend  in a statement personally  made available to newsmen in Abeokuta.
He warned Arabambi from parading himself as IPAC chairman.
He said ''Which election made him the IPAC chairman, does an interim arrangement surpasses or superior to a substantive election supervised  by INEC in their premises together with other stake holders and Security Agents 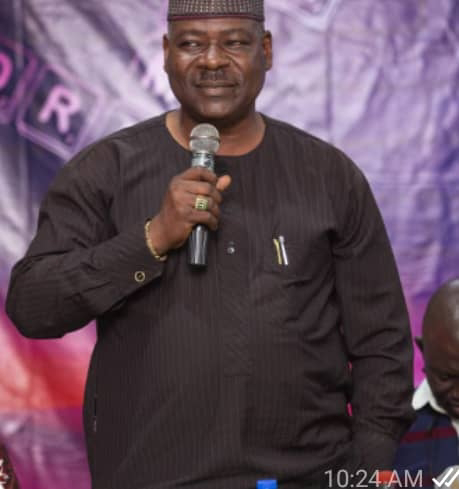 '' More importantly IPAC code of conduct abhors any interm arrangement, hence, it is an aberation and illegal in all ramification.
''Arabambi is leading an NGO in Ogun and not IPAC
''The only way any one can lay claim to the leadership of IPAC in any state of federation including National, is through an election, duly supervised by INEC and other stake holders'' He concluded
The chairman noted that they don't want division in Ogun IPAC, urging  Arabambi  not to introduce any divisive methods at the expense of deregistered Political Parties, to realise his own selfish interest.
He  promised to be just and fair to the 18 INEC recognised apolitical Parties and the 22 Parties whose case shall soon be determined by the Apex Court in the land.
Adedamola therefore added that any Parties that are still aggrieved should feel free to approach the Court.