By ajohnsiney January 02, 2021
Honourable Abdulakeem Olamilekan Ademolake, The All Progressive Congress (APC) Party chairman Abeokuta South has congratulated sons and daughters, and also the residents in the State for witnessing another new year. He says glory be to God Almighty to have allowed us to be alive today being the 1st day of year 2021 despite the challenges we all faced last year.
He commended the people for their resilience by allowing peace to reign in the state and also their unending support for the government. Ademolake also urged the citizens to keep on praying and cooperating with government as they have been doing, that sooner or later Ogun State shall be in a state of Eldorado.
He also said " enough of blaming the governor that all hands must be on deck to move the state forward. That governance is everyone business and as such every indigene must contribute his/her quota to move the state forward. As we all know that Ogun State has always been the cradle of development in Nigeria, therefore, we must continue to work in that terrain". 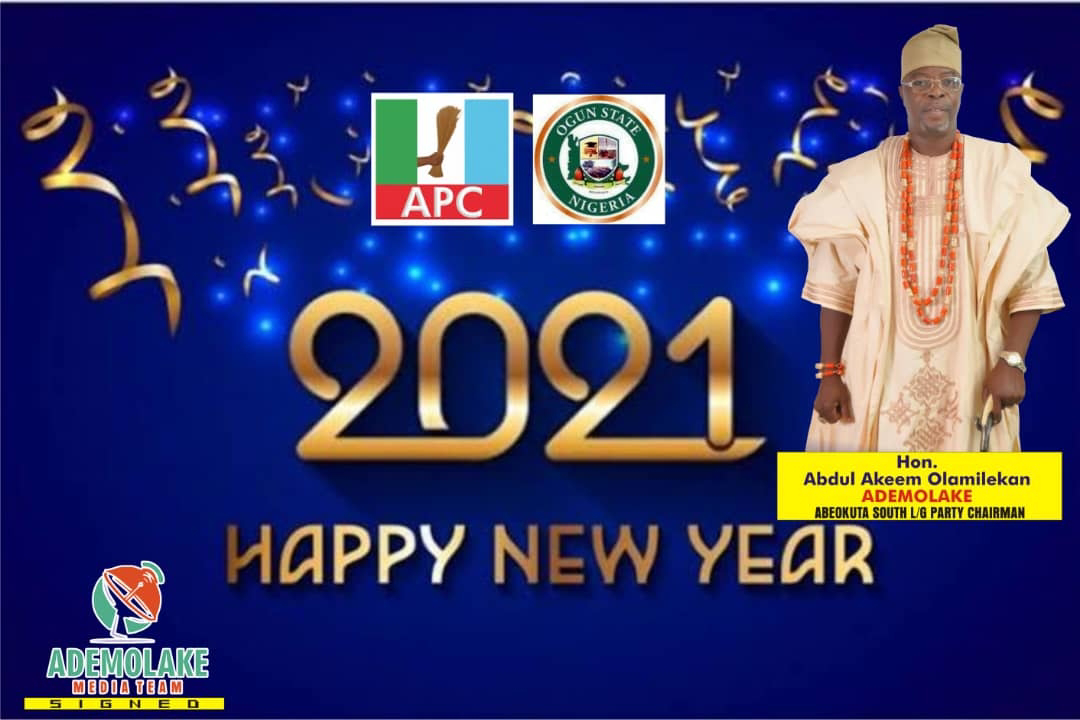 However, he also advised the governor to always be aware of some sycophants in his administration who only interested in their pockets not the progress of the state. In his words " it is normal to have bootlickers, sycophants and what have in one's administration but the governor should be careful in dealing with them". He said.
Once again, happy prosperous new year. I remain your humble servant honourable Abdulakeem Olamilekan Ademolake, APC Party Chairman Abeokuta South.
E- Signed:
Honourable Ademolake Media Team