By ajohnsiney January 05, 2021
A special assistant to governor Dapo Abiodun on inter ethnic affairs, prince Hadi Sanni has received an award as circle of excellence of the year by the Glow Empire Entertainment.
The award was presented to him for his  immense contribution to the society at large. 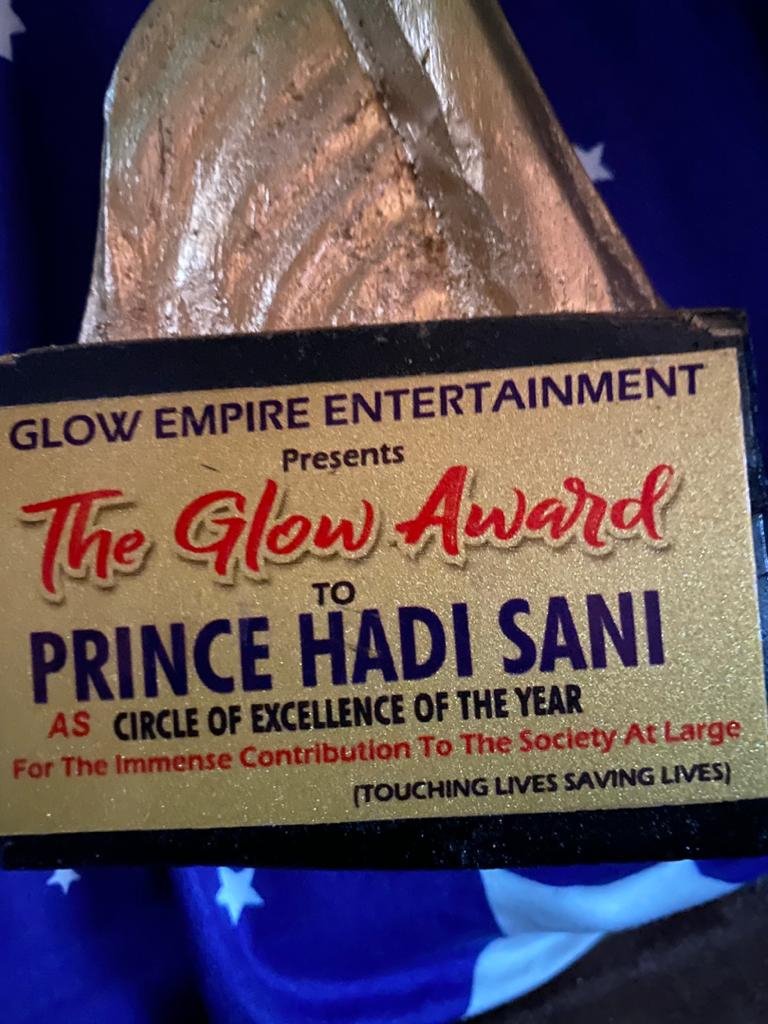 According to the Glow Empire Entertainment, Hadi worths the award because of his significant roles in the society.
It also added that Hadi has assisted in bringing about unity, peace and harmony in the community, saying that he has been able to settled various disputes in the community.
Meanwhile, Abiodun's aide appreciated the award, saying that this will encourage him to do more.