You Are A Man Of Uncommon Wisdom, Olumide Tells Ademolake On His Birthday

By ajohnsiney December 13, 2020
A chairmanship aspirant, Abeokuta South local government under the platform of APC,  Honorable Olumide Damilare has showered encomiums on a chairman of  the party in Abeokuta South Local Government, Ogun State, Hon. Abdulakeem Ademolake as he turns another year today.
Olumide in his birthday  message which was personally signed by him lauded Ademolake's  political exploits and sagacity. 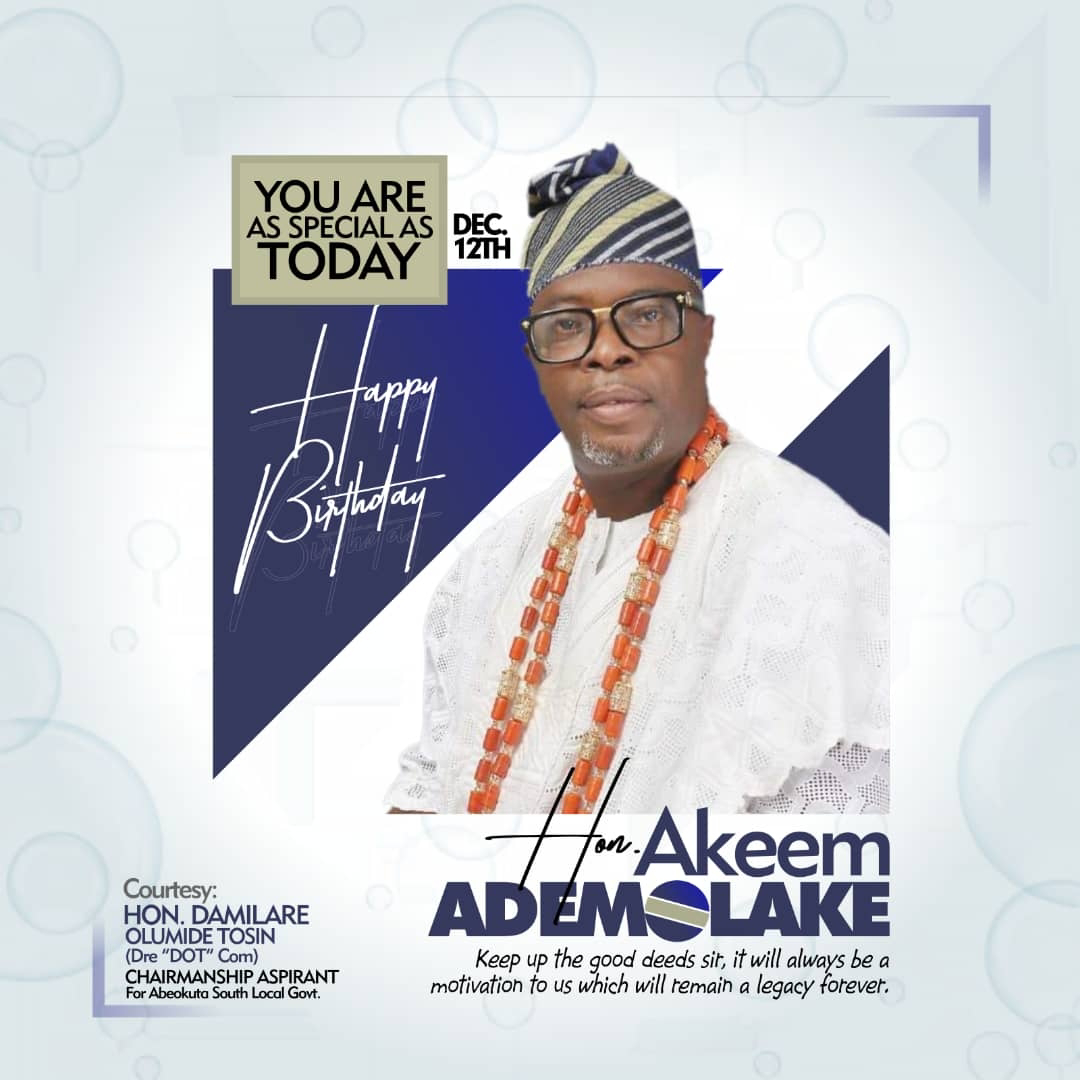 The chairman added that Ademolake's incalculable sacrifice and contributions to the enthronement and consolidation of Nigeria’s democratic governance are indelible and legendary
He said that the celebrant's actions inspired his admirers to dream more, learn more, do more and become more, describing him as a political colossus.
Olumide said, ''On behalf of my family,  and good people of Abeokuta south,  I wish our indefatigable leader, a man of virtue  many more productive years in the service of our fatherland even as you retain your charm and political sagacity'' He concluded