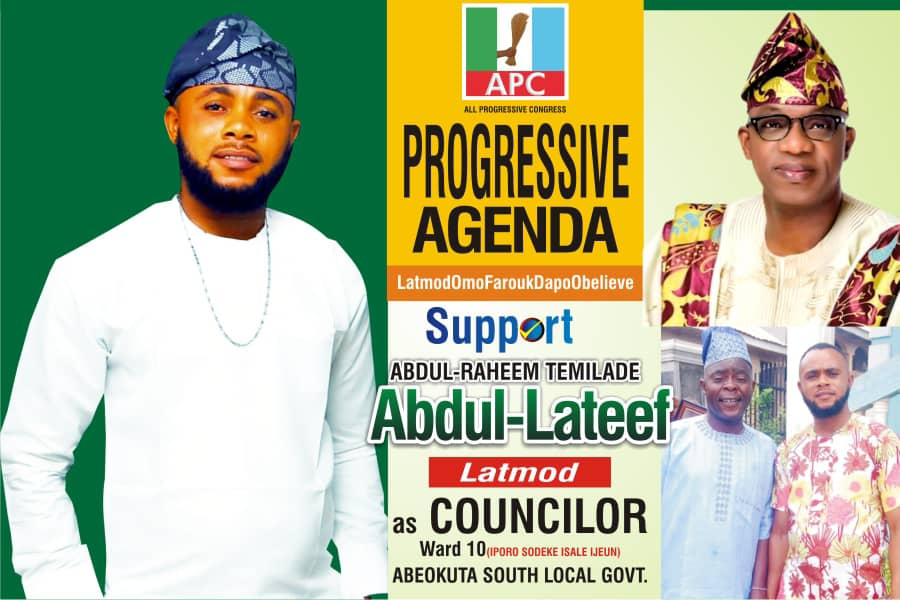 The councillorship aspirant who is a member of APC said that that Farouq is a leader with an experience about the affairs of the local government.
He said,'' Farouq is a trustworthy person, he has displayed  selfless services in our ward and outside our ward. He has the experience and his solidarity for  governor  Dapo Abiodun can not been undermined
''I want to advice him to be strong for us because we his followers are looking up to him and he should not stop is good behavior and great impact he have been doing in progressive Politics and insha Allah it a done deal because Governor tii settle eee
''I will advice his opponents contesting with him  to support Alhaji farouk Akintundeintunde so we can have one voice in Abeokuta south because the more they show the sportsmanship in them the easier the election will go'' He adder