By ajohnsiney November 24, 2020
A group known as 100 women lobby group, Ogun state chapter,  has said that women's  rates of empowerment within the community is woefully low.
The group noted that women in most times are not treated well, advising the federal government to ensure greater equality between men and women.
The state coordinator of the group, Prof. Oluwabunmi Ashimolowo disclosed this when she led members of his group to a courtesy visit to the ministry of women affairs in the state.
Ashimolowo called on the government officials to support women in form of provision of assets, skills, jobs, dignity and protection.
She  said that if efforts are not made to stabilize women in various aspects, they are at risk of being further left behind.
According to her, women spend 90 per cent of their income on the family, despite this fact, they face numerous barriers in accessing income generating opportunities. “If we want a stronger community, then, we need to invest in women, this is the smart strategy and this cannot happen without the right strategies”.
She said, ''We have spent decades talking about the importance of gender equality. And while we talk, the situation of women and girls in leadership, and in the country is at risk of further deterioration.
''We know that most women are vulnerable to gender based violence and violence against women continues to destroy the lives of women and girls across our State, and if care is not taken, it will deepen and could make situations worse.
''Aside this, it is a well-known fact that women’s rates of empowerment amongst the community is woefully very low.
''This is premised on the fact that inequality has effect on women’s access to opportunities and public space; making the current situation worse.
''We need to powerfully find a political solution to issues affecting women in leadership participation.
''We should put structure in place that places women’s needs, rights and empowerment at its heart.
'' We need an accountability framework that would help renew our commitment to Beijing declaration on women.
''We must always measure our success not just in whether needs are met, but also whether through meeting those needs we have also empowered those we are serving, and worked to ensure greater equality between men and women'' she concluded
She appreciated the state government for supporting the hopes and aspiration of an average Ogun state indigenes and residents.
''We in 100 women Lobby Group are impressed by your role in supporting the hopes and aspiration of an average Ogun State indigene and residents. You are truly a role model for our children, men and women alike.
'' It is against this backdrop that we say kudos to you.
100 Women Lobby Group is a network of 100 women-led, not for profit, grassroots based organizations that has been in existence for more than 25 years.
''The network, which comprises of professionals. Organisations and individuals is working to improve the participation and role of women in politics and governance and geared towards achieving the 35% Affirmative Action at all levels and beyond. She concluded
Meanwhile, the permanent secretary to the ministry of women affairs, Mrs Melutia Oluwafumike Ogunremi  has advised women to build their capacity and work on their self-confidence to effectively sustain their contributions to the development of the society. 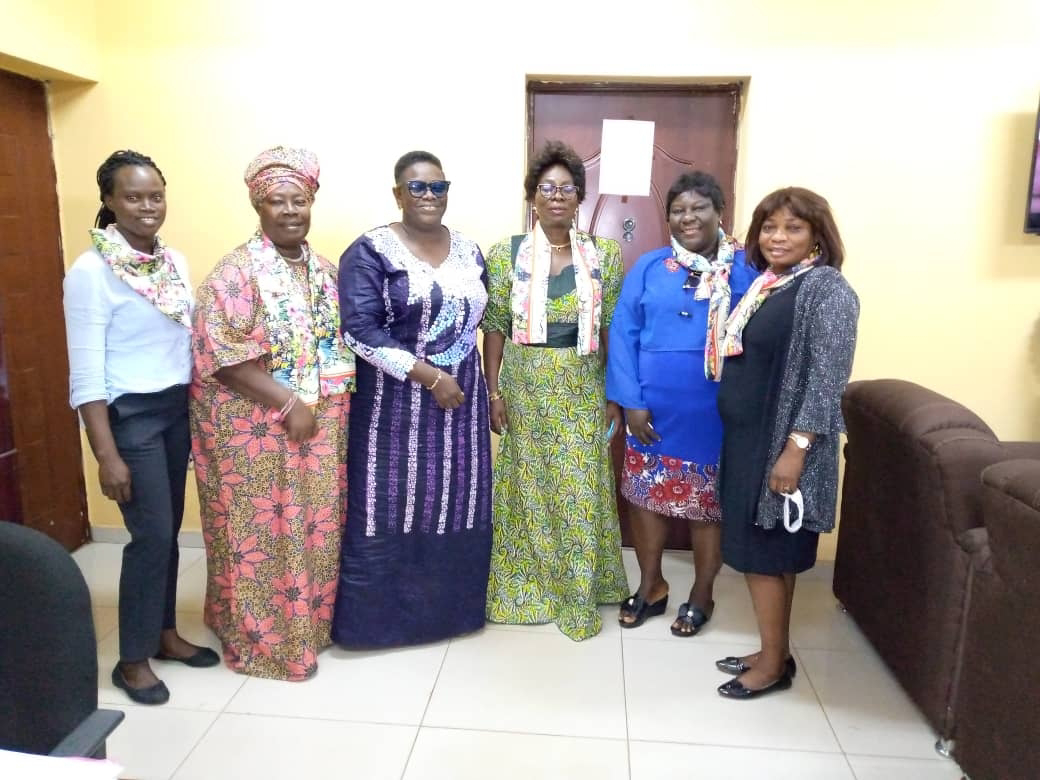 The permanent secretary  advised the group to sensitize women on the need to know their rights.
She also emphasized the need for women to unite together, especially in view of myriads of challenges confronting their well-being and realization of their full potentials.