By ajohnsiney November 24, 2020
General Overseer of the Divine Universal Church Of Christ International, Itedo Ayo, Abeokuta, Ogun State,  Dr. Olayiwola Mercy has urged  his fellow clerics not to be discouraged by the trial of pastor of Church Christ Global Genesis Parish Israel Oladele Ogundipe popularly known as Genesis.
You will recall that  Genesis was sentenced to two years imprisonment for defrauding a United Kingdom-based woman, Mrs Olaide Williams-Oni. 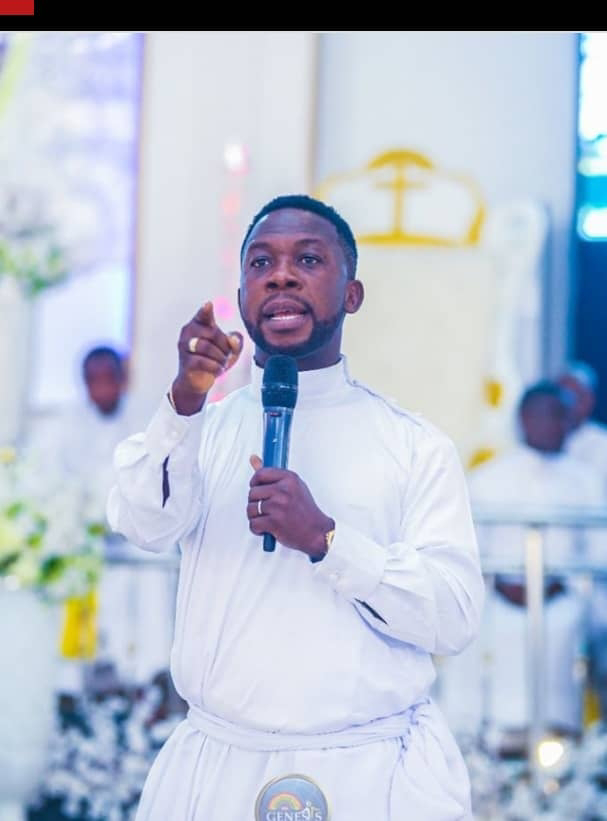 Pastor Mercy while speaking with  news men in Abeokuta, On Tuesday urged the  co -pastors in Genesis global to hold to the church, maintaining that the head pastor will be vindicated soon.
He also advised his fellow clerics to be careful of women, saying that what happened to Genesis is enough to learn from.
Pastor Mercy said, ''I don't want to join issue on the trial of Pastors because the issue of Pastors is beyond how they handle it on social media but I decided to comment to help others so that they won't fall to pit of bad women.
''I have been saying it that women don't invest on man without an interest, therefore, don't joke with them. They will not cook soup that they or their child will not eat and they can do anything to pave way for themselves.
''We have two popular pastors in prison they are  Prophet Sotitobire and other is Prophet Israel Ogundipe of Genesis Global Lagos.
''First and foremost I don't believe every Spirit according to I John 4:1 therefore I test Spirit before I believe him.
''I wonder what can make a real pastor to invite Fuji musician to perform in the church? It shows that there is a connection,  I don't condemn him but am asking question, I guess this is what happen.
''He want to control crowd therefore he want to give his people what they like not Christ want for them read 2Timothy 4:2-4 but on what sent  him to prison it is what can happen to anybody and any pastor.
''They were together before as sex slave but when music change dance change.
''Nobody ask that woman kind of work she is doing that afford her given such huge money to ordinary boy friend?
Did she give money as an assistant or as a lend?
''Is there any prove that Pastor Israel collected the money?
I tell you , all Pastors need to learn from this drama because to me it is a drama.
Concerning Pastor  Sotitobire I want to ask questions:
''First and foremost I sympathize with the Parents of the lost last, may the Lord console them.
''Having said this, who mobilize those people that burnt that church?
Where are the people that burnt that church or the police didn't make any arrest?
''Is it lawful to apply jingle Justice?
Did the police confirm that the lad is truly buried on Church alter?
Did they confirm that Sorebire kidnapped the lad?
''Did they confirm that Sotitobire killed the lad? can the police unravel who kidnapped the lad?
All this question need answers but both Pastors should see this time as a trial period because they will come out victorious in Jesus name.
''I want to appeal to the co -pastors in Genesis global to remember the proverb of palm three, orange three and storm, please, storm must not wasted all Israel's effort on that Church, the Church belongs to Christ, keep the church because your Pastor will be vindicated soon'' He concluded
He therefore advised his fellow  Pastors to stop dinning with devil, adding that no matter they smart, devil is  smarter  than them.
Pastor mercy also sympathized with the parents of the jailed pastor.