By ajohnsiney October 03, 2020
"Mature and Proper Representation is very essential in Life".
The leadership of K1 Fans Club, Nigeria read the press release by FIBAN President with unhappy minds.
Without been sentimental... Going through the story put together by Mr. Wole Sorunke (MC Murphy) and  FIBAN President, Desmond Nwachukwu it shows there is something behind this.
Its very important to make a proper clarification here.... Alhaji Wasiu Ayinde Marshall (Maiyegun of Yorubaland) is an Ambassador of Peace, which can be confirm from people home and aboard.
What value will it be for a personality that God have  bless and place in a position to represent good people of Yorubaland, for allowing people beating someone in his name. 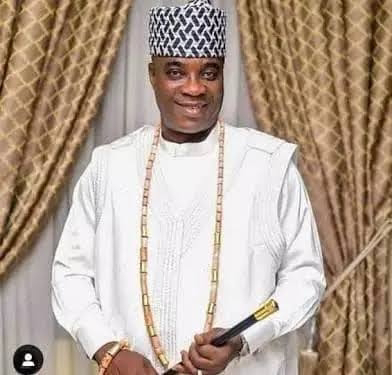 We believe MC Murphy didn't tell the true story of what happened at the event to his professional colleagues, before released the press statement.
The CEO of Olageospatial Global Investment Company (OGIC), Fasina Olajide can tell the true story of the incident.
If MC Murphy also tell the FIBAN president that the Music Icon gave him #100,000 on that day, we believe the FIBAN president will dig deep to get more details about the incident before rushing to the press.
MC Murphy is a good presenter that love his profession. But, its important in life to control ourselves than allow anything  have control over us.
For people to know that MC Murphy action on that day was influence by too much consumption of Alcohol drink. So, it possible he has issues with some guys at the event. And those people take advantage of the event and the spirit MC Murphy was operating that day to settle the scores.
It is rather surprising that  Mr wole Sorunke who in the past have benefitted from Maiyegun loyalty interms of patronization even when we all know during your dwindling career fortune when no one sees him M.C Murphy as a recent master of ceremony and stand up comedian, Maiyegun Olasunkanmi Mashal kept the loyalty dated years back
The leadership of K1 Fans Club is not here to exchange words on this incident, but to make Proper clarification that our Mentor Alhaji Wasiu Ayinde Marshall (Maiyegun of Yorubaland) has no connection with what happened to MC Murphy at the event.
Note; It is not the obligation of Maiyegun to provide security to visitors in a public party for that matter.I urged the highly respected body FIBAN to critically investigate before coming out with a statement.
Thanks
E-Signed
Adebari Adeyemi Korodo
National Chairman
K1 Fans Club, Nigeria
Alhaji Kehinde Olawuyi
State Chairman
K1 Fans Club, Ogun State Chapter