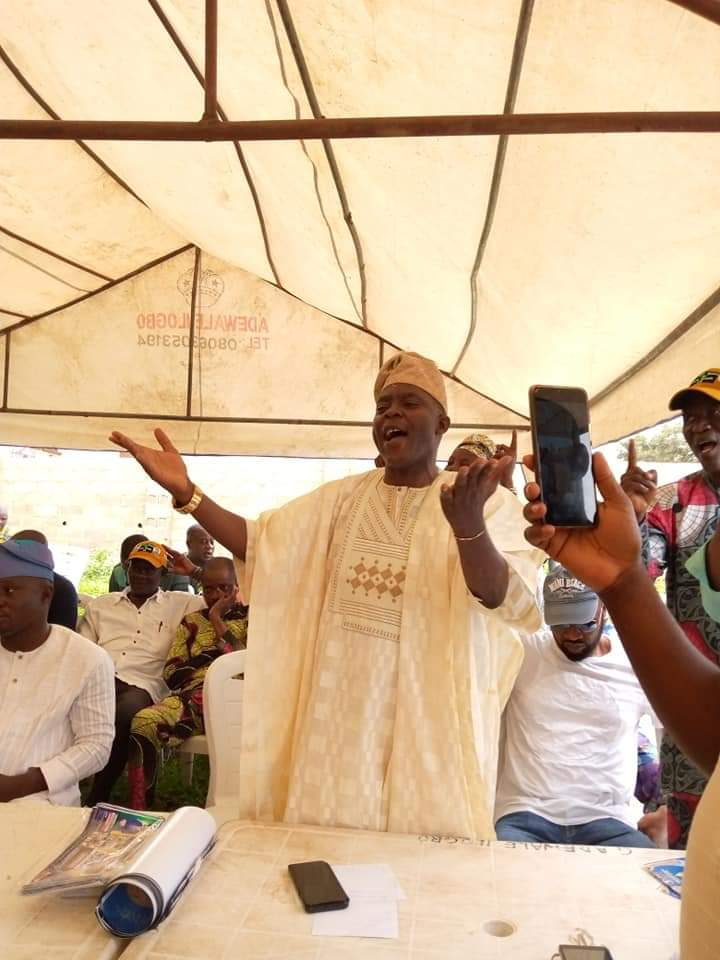 The leading chairmanship aspirant, Abeokuta south local government, Hon. Farouq Akintunde has assured the people of the local government that he would run an all inclusive government if elected  in  local government election fixed next year.
He said this while addressing party faithful who during the FAACO meeting on Tuesday in Abeokuta.
Farouk who has served in various capacities at the local government level is known for his integrity and selflessness.
He said "I am contesting at the local government level in order to bring the government closer to the people. Our people who worked rigorously for the emergence of Our Governor Prince Dapo Abiodun must be rewarded accordingly and plans are on ground to achieve that.
''When I served with Late Chief Serubawon, we organized several empowerment programs and one of them is giving out cash and other items to old people in the local government.
''We also had a program where we give our women loans to start-up and boost their businesses. On this note, I promised you that I am bringing in all these programs back. He concluded
He also added that as a grounded Politician his experience will serve as an advantage and that will help him not to look confused in running the council as he will spring into action immediately after being sworn in as he is already familiar with Local Government administration.
Also at the meeting was Hon Babatunde Delu who contested for Ogun State House of assembly, Abeokuta South Constituency II under the platform of ADC during the 2019 General election.
Delu while  addressing Party faithful said that he has decided to join Farouq because of his experience and closeness to the people
The meeting ended with the distribution of Various Sourvnier to attendees