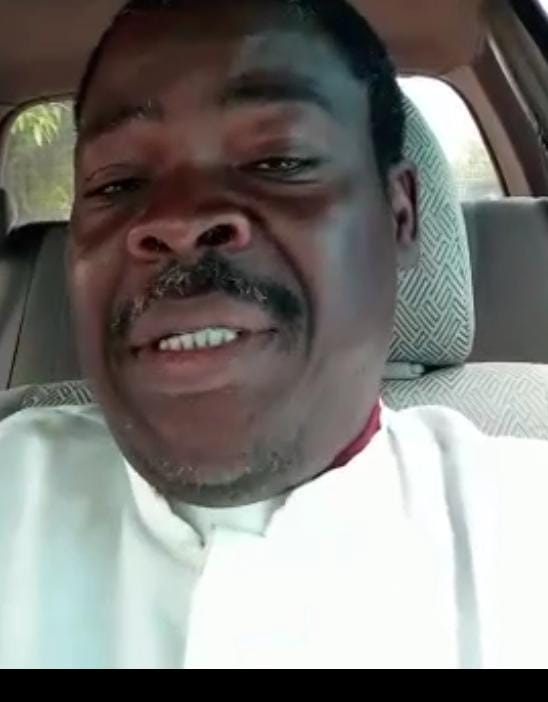 The General Overseer of the Divine Universal Church Of Christ International, Itedo Ayo, Abeokuta, Dr. Olayiwola Mercy, has said that the ENDSARS protest is just a preamble, saying that Nigeria will face real tragedy soon.
Pastor mercy who disclosed this to newsmen over the weekend said that the police and soldiers will also join the protest, adding that it is not a against them but for them.
He described the current administration  as insensitive to the plight of Nigerians
Pastor mercy said, ''Sooner the police also will join this protest because it is not against them but for them. Go to all training college in this country and see what is happening there, you will pity our youth.
''The soldiers also will join against dying  like chicken before Boko Haram.
''All system we soon join and this brutal people in government will know that we are tired of them.
When time comes it will no longer be EndSars but Endbrutalgovernment.
'' Remember that I warned them against this but they won't listen. This is just preamble, the main tragedy is coming ( may the Lord for bid).
This is senseless, and irresponsible government have ever seen.
''Abacha acted under Military and people confronted him how much more in this democratic government. This is not about the youth alone, is about all of us therefore we must rise to this stupidity''.
He urged the youths not to use weapons against anybody, noting that they should do everything within the provision of law to free themselves from slavery
''I want to appeal to the youth to please and please do everything under law of the land they should not use weapons against anybody but they should do everything within the provision of the law to free themselves from slavery'' He concluded
The cleric explained that the incident in Lekki Toll gate was a deliberate one.
He berated president Muhammadu Buhari for not mentioning it in his speech. He therefore called on  past leaders  to rise up to save this country.