Adele Oloko Of Orile-Oko, Others Laud Abiodun For Approving Reconstruction Of Orile-Oko Road

By ajohnsiney October 26, 2020
The Adele  Oloko of Orile Oko kingdom, Remo North, Ogun state, high chief Olakunle Olalekan, chiefs and baales have expressed their appreciations to the governor of Ogun state,  prince Dapo Abiodun for approving the reconstruction of Orile-Oko road.
This was stated in a release which was personally signed by the monarch which was made available to newsmen in Abeokuta. 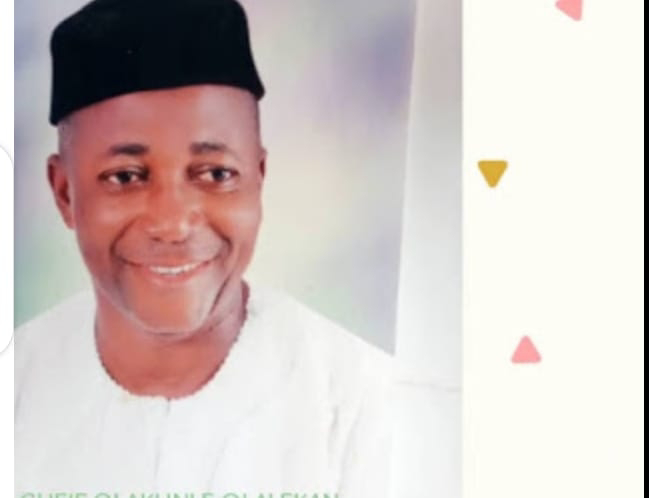 You will recall that The Ogun State government on Friday approved the reconstruction of 12 roads across 11 local governments area of the state.
The roads which to be completed between 6 to 9 months, will join the ongoing road projects that have continued steadily according to schedule.
Orile-Oko Road is among the 12 roads to be reconstructed in the state.
Meanwhile, Olakunle noted that the new  development is an indication that governor Abiodun cares for the people of the community.
He revealed that governor Dapo Abiodun will be remember for life, saying that since 1969 the  community has not witnessed good road.
He saidc''On behalf of the good people of Orile-Oko, Remo North,  I  want to appreciate the government led by prince Dapo Abiodun for not  forgetting the people of Orile-Oko. our road  has  been in bad condition for so  long and no government has felt for us but we want to laud the  efforts of prince Dapo Abiodun so far for always putting us in mind every time. When  we got the news the governor  Abiodun has approved the reconstruction of Orile-Oko road, we were so elated. This is a celebration for all the people of the community'' He added
Adele Oloko of Orile-Oko therefore called on the people  of Remo and Ogun State at large to continue to show support for the administration of prince Dapo Abiodun.