By ajohnsiney October 05, 2020
The Gateway State has been blessed at this critical time to have a dedicated man at the helm of its affairs.
The Governor has chosen to use his wealth of experience at the board room which spanned over years to change the face of governance in the State. 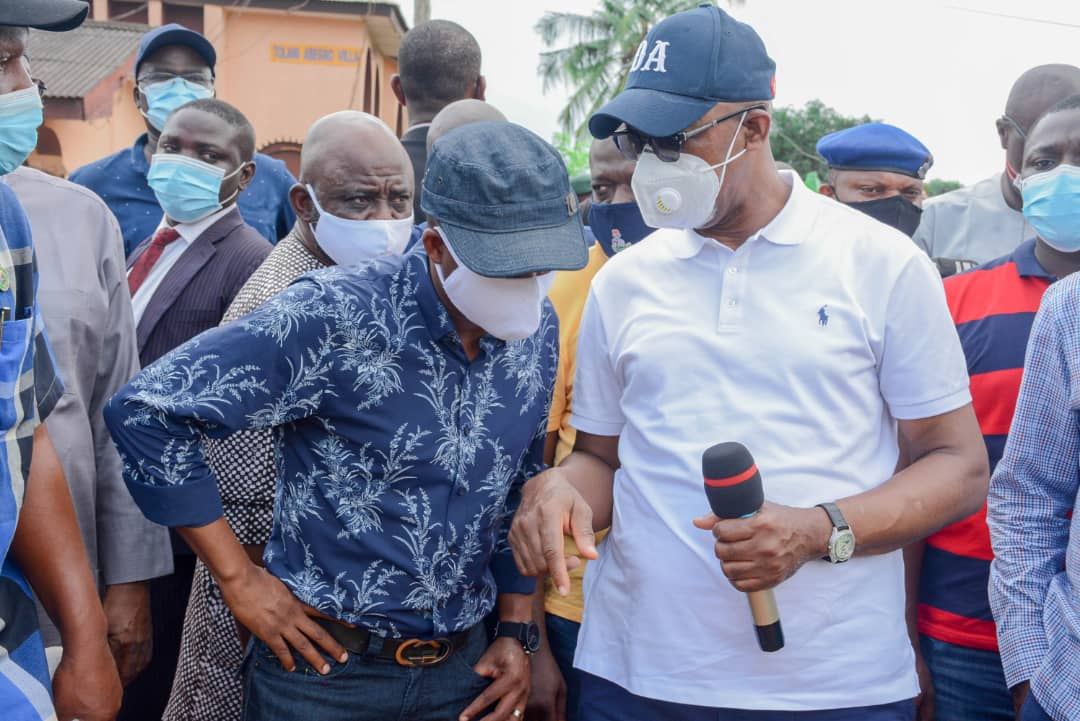 As a man who is determined to genuinely serve his people, His Excellency, Prince Dapo Abiodun MFR has surrounded himself with capable hands which lessen the burden of “wakabout” on him as was experienced in the past administration.
Prince Dapo Abiodun in his further desire to feel the pulse of his people and get their feedback on the people oriented projects  have embarked on in the last 15 months of his administration inspected the abandoned Kuto Flyover which he has mobilized the contractor back to the site, Elite-Oke Lantoro and Fajol-Osara-Gbonagun roads in Abeokuta South Local Government.
''The Governor on Saturday came to see the level of work done on all ongoing projects within our local government which is an act of commitment to serve to the people without inflicting any pains on them.
The transition committee chairman of Abeokuta South local government, Hon Ayodeji  Shomide who accompanied the Governor noted that the Governor stated that the issue of good road network in the State could not be overemphasised as roads open up the State to socioeconomic activities and promote the welfare of the citizenry.
Recall  that the the Ogun State Governor, Prince Dapo Abiodun has said that his Administration would continue to give priority attention to roads, hospitals and other projects abandoned by his predecessor because they were ab initio funded with tax payers money.
His words, ''I will not leave any project by previous government abandoned. Those they funded or abandoned midway will be completed by us”, Governor concluded.
The Governor further stated that
"Infrastructure, especially road will be given the right attention in order to open up the State for more economic development".
At the Kuto flyover and service lanes in Abeokuta, he said, though awarded by the last administration, it would be completed soon, as he has extracted commitment from the contractor.
The Elite Road is a long stretch road, that begins from Idi Aba, Elite Road and ends at Isale Ake. The ongoing work includes drainages and proposed street lights.
On the 7.1km Fajol-Osara-Gbonagun Road which is an inter-local government road that would link Abeokuta South and Odeda Local Government Areas, as well as act as a bypass to the Abeokuta-Ibadan Road, the Governor reiterated that the desire of his Administration was to ensure that the people are able to trasverse the length and breadth of the State with ease, saying that work so far done was "a tip of the iceberg."
The Governor then assured the people of the State that no part of the State will be neglected in the distribution of infrastructure as he has decided to make the people the centrepiece of his Administration.
The Leader of Fajol Community, Alhaji Kafidipe in his appreciative message on behalf of the residents said the Fajol-Osara-Gbonagun Road had been in a deplorable condition for more than 30 years, appreciating the Governor for keeping to the promise he made during election campaign.
It is on this note that the good people of Abeokuta South Local Government reiterate their commitment to continuous support of the BUILDING OUR FUTURE TOGETHER AGENDA of His Excellency.
Hon. Ayo Shomide is the transition Chairman of Abeokuta South Local Government.