Resign Now, You Are Not Capable To Rule Ogun, Oginni Tells Abiodun

By Radio moment with Omonaija September 17, 2020 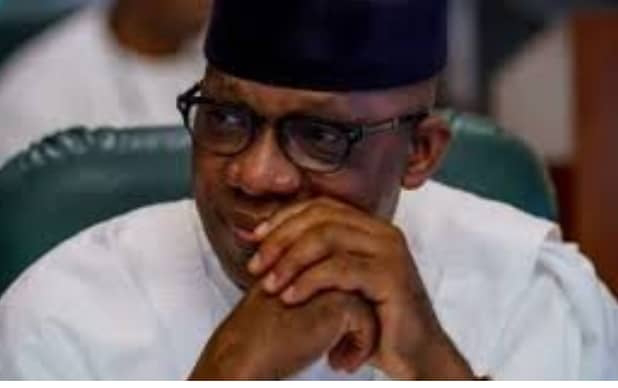 The Ogun state chairman of New Nigeria Peoples Party, Comrade Olaposi Oginni has asked  the Ogun State Governor, prince Dapo Abiodun  to resign, saying that he is not capable to rule Ogun state.
He added that he has failed the workers in Ogun state  over payment of  the new minimum wage.
The NNPP chairman maintained that the refusal of the state government to pay the new minimum wage to workers shows how insensitivity the Abiodun-led administration is.
He said this on Wednesday while reacting to the strike embarked by the workers of the state after the government reportedly refused to yield to their demands on minimum wage and other labour issues.
He insisted that the governor is not ready to serve the people of the state, stressing that Governor Abiodun’s resignation would have been the best thing for him to do.
He further said the governor reportedly traveling out of the country despite the Labour leaders’ agitations revealed how unconcern he is to the plight of the people of the state.
His words, “I will advise Governor Dapo Abiodun to resign from office on the fact that the Ogun state Labour leaders and entire workers of Ogun State have passed vote of no confidence on the governor.
“As a matter of fact, the declaration of the Labour leaders that Governor Dapo Abiodun is an absentee governor is enough for the governor in a sane society to resign from office immediately.
“The past sixteen months, Ogun state has witnessed grossly incompetence at the executive level of governance in Ogun state.
“We the New Nigeria Peoples Party, we are not surprise that the Labour congress are now facing with the reality and the declaration of vote of no confidence on governor Dapo Abiodun is the fact on ground and we are leveraging on that by advising the governor and his cohorts to pack their bags and packages and leave Oke-Mosan for better people who are ready to govern the state the way it supposed to be.
“We want to say that never in the history of Ogun State as governance been reduced to ridicule, mockery and the office of the governor being insulted in the highest level of shame on Facebook; most especially by the self acclaimed aides of Governor Dapo Abiodun who are misguided, and arrogant by telling us that they look at the book and that the finances of Ogun State is not enough to pay the good workers of the state who are labouring.