Asiwaju Of Orile-Imo Kingdom, Olakunle, Felicitates With Olu Owode As He Turns Another Year 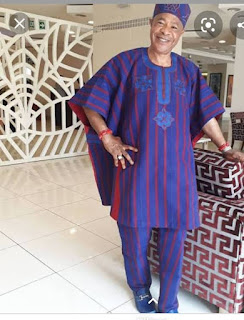 The Asiwaju of Orile-Imo Kingdom, Olakunle Olalekan has celebrated with the Olu of Owode, Oba Kolawole Sowemimo as he turned another year  today.

In his congratulatory message, Adele who also doubles as the Asiwaju of Orile-Imo Kingdom described the monarch as a  bridge builder.

He noted that he is  a man of peace and integrity whose leadership had been very beneficial to the kingdom and humanity.

Chief Olakunle added  that the monarch has played significant roles in the promotion of harmony, socio-cultural cooperation, communal living and peaceful co-existence among the people of the community.


He  wished the new monarch long life and successful reign in the service of his people.