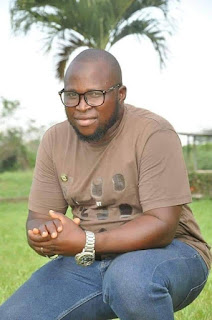 The Concerned citizens of Ogun state blatantly request for the arrest and dismissal of the duo of Wasiu Agunbiade (Yayi Agbara) and Sunday Adeniyi; the Ogun state transport chairman, for their incriminating engagement in atrocities and bribery allegation that could dent the present administration's well protected image and wreck irreversible havoc to the peaceful environ.

Yayi Agbara as popularly known, openly ranted on his Facebook handle to have paid the sum of 10 million out of the 20 million requested by one Sunday Adeniyi – for him to be imposed as the states' TORAN chairman. Failure to make pact with the balance or their alleged internal dispute led to the social media  brawls engaged by both culprits.

With the view of things and to avert brewing havoc, we hereby request for the arrest of the impostor, his sponsor and the corrupt transportation chairman.

Ogun state under the present administration has been known as a successful one not minding the few months our principal; Prince Dr. Dapo Abiodun has used gearing the affairs of the state. Being productive, proactive and developmental oriented made him topple his predecessor, and we'll will not, for anything or anyone allow a dent on his well placed image.

Prince Dapo Abiodun has not and will not relent in his remarkable stride and his unmountable feats to taking the once disposed state to a greater height – so, it will be sinuous to allow some unscrupulous elements whose ambitiousness could render this administration fruitless in the transportation parlance – cause a crack in the well cemented wall of Dapo's government.

As a concerned citizen of the state whose well being and progress of the state and her populace is of utmost concern to, we hereby call for questioning and arrest of every individual ( majorly, Yayi Agbara and Sunday Adeniyi) who are the bending stick disrupting the peaceful affair of the state and engaging in an open bribery case.

Howbeit, Constitutionally and ethically what the duo engaged in is against the law and they both should be penalized to caution every seeming corrupt officials and openly display to them the danger ahead of their incriminating act.

"Wasiu Agunbuade (Yayi Agbara) is a collosal disgrace to the youth, a gross disappointment to his people and an inordinately desperate character with incredible criminal seeds which must never be allowed to germinate in any sane environment."