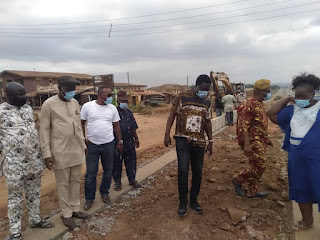 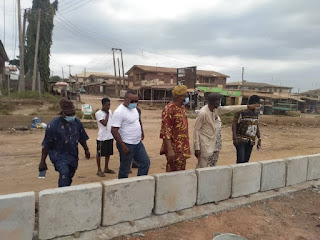 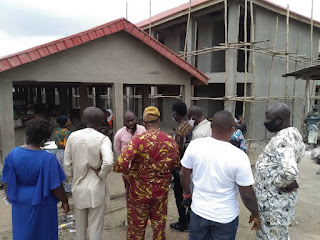 
He expressed profound gratitude on behalf of the good people of Abeokuta North Local Government.


The Chairman who led a team of political functionaries and principal officers of the Council made the commendation during an inspection on the ongoing  State and Local Government projects.

He noted that the road when completed will boost the economic posterity of the area  and ease transportation network.

Hon. Tella interacted with the road workers who assured him of the prompt completion of the project which will be of immense benefits to the people.

He said , '' As at the time of the inspection, kerb laying was in progress and all hands were on deck to ensure the completion in earnest.

The chairman and his team equally inspected the ongoing ultra modern shopping complex contracted to a private firm at the Lafenwa market by Abeokuta North Local Government for better allocation  of shops to market traders.

A part of the project had been roofed while some are at the lintel stage.

The Chairman also  appealed to the site Engineer to inform his Company Director for quick delivery of the project.