MKO Commiserates With The Family Of Late Buruji Kashamu 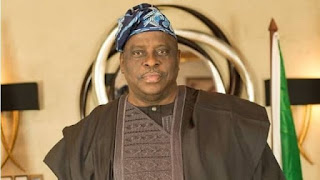 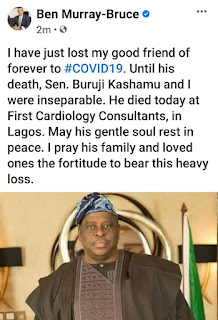 He said, ''I received the news of the death of an Icon in Ogun state Politics and a leader of the People's Democratic Party Senator Buruji Kashamu.

''Senator Kashamu before his death was the Former senator representing Ogun East and even without having serious communication with him, I received good reports about how well he treats the youths. While I was the Chairperson of The Ogun state Councillors Forum most of the councillors from Ogun east described his leadership as a unique and wonderful one. He was accessible and accommodating and this distinguished features made me want to meet him.

''It's quite unfortunate that death has taken you but I pray that may Allah grant you perfect rest and console your family. He concluded