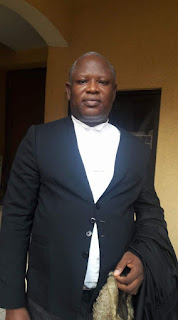 
Campaign and election of the Nigerian Bar Association (NBA) held online between 11pm on the 29 of July 2020 and 11pm on the 30th of July 2020 have come and gone and the luckiest candidate, Mr Olumide Akpata, has been elected as the 30th President of the NBA. Although Mr Dele Adesina, who came third with 3,982 votes as against the new Presidents 9,891 votes, petitioned the Trustees of the NBA, alleging that the data in the election result monitoring site was programed to produce a premeditated result and sought a fresh election, the 1st Runner Up, Dr Babatunde Ajibade who polled 4,328 votes accepted the result and congratulated the man who came victorious and wished him well. The election was legitimized by the Certificate of Return given to Mr Akpata by the Chairman of the Electoral Committee of the NBA (ECNBA), Mr Taiwo Taiwo (SAN).

The election has settled so many thunderous issues and has answered the question whether lawyers who dont engage in active litigation practice are not equal in status and privileges to lawyers who practice in the law courts. Apart from his brief stint in the chambers of Dr Mudiaga Odje (SAN) in 1994, when observing the compulsory National Service (NYSC), the new President does not have any substantial court room experience. But his over two decades experience in corporate and commercial practice in Templars, a leading law firm with about 90 lawyers and 15 partners, earned him the opportunity to be elected to lead the Nigerian bar and to prove that indeed, lawyers in the offices are not unequal to lawyers in the courts.

Not only this, the election of Mr Akpata has further thrown up the raging controversies of whether the law regulating the conferment of the rank of Senior Advocate of Nigeria (SAN) should not be amended to accommodate practitioners of law outside the court room in view of the present circumstance. It will be recalled that the award of the rank is an exclusive privilege usually awarded as a mark of excellence to members of the legal profession who are in full legal practice and have distinguished themselves as advocates and have made significant contribution to the development of the legal profession in Nigeria.

It will therefore not be correct to say that someone like Olumide Akpata (and others in his category) having been Secretary, Vice Chairman and Chairman of the Section on Business Law (SBL) of the NBA and as an advocate, defined as someone who pleads the course of another, through his activities in corporate and commercial practice does not merit an award of excellence and has not made any significant contribution to the development of the legal profession. Unfortunately, this can only be realized if the requirement of having certain number of cases at various courts, is removed.

As a protagonist of an inclusive bar, the new President of the NBA will be expected to pursue his message of transformation, use his experience of over 27 years at the bar, and as Vice Chairman (West Africa) of the International Bar Association (IBA) Africa Regional Forum, to pursue a paradigm shift and an amendment to the Legal Practitioners Privileges Act, to include non litigators in the award of the rank of SAN.

The election of Mr Olumide Akpata has also put paid to the controversy of whether the President of the NBA must necessarily come from the category of SAN. The new President is not a SAN and yet he has been elected to lead the NBA, comprising of young lawyers in the majority, for the next two years. However, it will not be correct to say that the young lawyers won the 2020 election, against the SANS. The race was not a contest between the young and the old, but among the individuals who participated in the contest, using different tactics and methods.

First, the new President, born in 1972 and about 48 years old, with about 27 years post call cannot be said to be a young lawyer. The word young connotes someone who has only existed or been around for a short while. The new NBA President is by right a senior member of the legal profession. Second, the other two contestants i.e., Deacon Dele Adesina, just 63 years old, having been born in 1957 and Dr Ajibade, who was only called to the bar about 31 years ago and precisely in 1989, cannot be said to be seniors where older lawyers like Chief Afe Babalola, Mr Robert Clerk, Chief Folake Solanke, Prof Itse Sagay etc., are trending. Yes, Olumide Akpata was able to capture the conscience of the young lawyers who are in majority, his victory at the polls is a victory for both the young and the senior lawyers.

The other issue which the 2020 NBA election has brought up is the monetization that seems to have crept into the political lexicon of the NBA. Perhaps this was what the delegate system intended to abolish in the NBA Constitution before 2015. There is no doubt that the delegate system is cheaper. Aspirants only needed to target the delegates and probably organize luncheons or dinners for the privileged few, to drive home their manifestoes and win elections.

Although the universal suffrage that has been put in place since 2015 is better, it is only an aspirant who is able to reach and affect the mass majority of the members that are capable of winning elections. One view is that the new President was able to catch the fancy of young lawyers as a result of the palliatives sent across the nation. He was considered as a friend in need who needed to be voted to power to enable him continue his good deeds. The implication of this for the future is that, if money is allowed to control NBA elections and aspirants are allowed to go beyond their financial limit to fund campaign and win the hearts of the majority, NBA politics may become a do or die affair and the candidate who eventually wins will look for a way to recoup the borrowed fund and this may not augur well for the profession.

However, the task ahead of Mr Olumide Akpata is not a joke. He must raise the bar, pursue programs that will advance the welfare of both the young and old members, enhance the dignity of the rank of SAN, promote financial independence of the judiciary, and lead NBA to constitutional reforms. The outgoing executive led by Paul Usoro (SAN) should be given a pat on the back for handing over a better, a more robust and a highly improved bar to the new President.