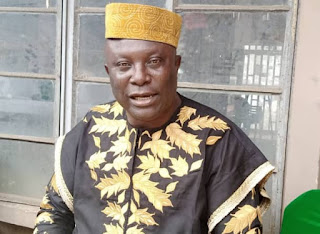 The Chief Executive Officer of Halmod Bar and Entertainment has appealed to  the  Ogun state Governor, prince Dapo Abiodun for approval over his planned return to MKO Stadium.


He revealed that his company has once paid  a sum 10.5million naira as tax to the last administration of Senator Ibikunle Amosun.


Halmod disclosed this to newsmen when he marked his 60th birthday in Abeokuta. Ogun state.


The business guru said that there is need for Ogun state government  to maximize the use of MKO stadium for economic and social benefit of the state.


He said, ''I want to appeal to the current administration to allow us to go back to Kuto stadium to continue our club  business because the advantage of reopening stadium for business activities was that it would help the state government to generate more revenue internally.

''I will appreciate it if we are allowed back to go back to stadium to continue our businesses. It will be a win-win situation for us and government. Personally, I paid about N10.5million naira to the coffers of the state government as tax annually. Now calculate that with other business owners if the government allow us to operate.

He however said  that the last  administration asked him to vacate the stadium Because of teenagers who used to hawking cigarette around the stadium.

''We were asked  to vacate the stadium for some time, while they promised to renovate, and to stop teenagers from roaming about”

“Up till date, we have  not been called back to stadium.

''I have lost over N40million Naira and  it has actually affected me but other branches have been sustaining me till now. But MKO Stadium was the major source where we see our money. The stadium is known worldwide, people would come from outside to relax and enjoy themselves”


He maintained   that when the current administration came on board they  assured them  that they would  allow them to go back to stadium as soon as a sports commissioner is appointed to manage the stadium, and since then nothing has been done.


He therefore, enjoined Governor Abiodun   to return normalcy and sanity to stadium as it is the practice across the world.