THE SPEAKER OF OGUN STATE HOUSE OF ASSEMBLY AND MAUSTECH GAME 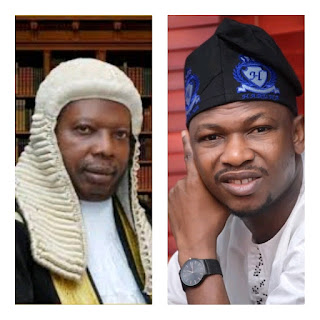 RT Hon Olukunle Oluomo , Speaker of Ogun state House of Assembly tackle his Hon Member from Yewa North II yesterday on a radio programme at Fresh Fm Radio Abeokuta, The speaker in his remark on the proposed establishment of Maustech, Ipokia  in Ogun West said the school should be relocated to Ogun Central, precisely Ibogun  in Ifo Local Government. If we can recall that the said proposed school was pegged for Ogun West after the resolution of the crises of Moshood Abiola Polytechnic, Abeokuta.
Hon Wahab Haruna  who is representing the good people of Yewa North II had earlier called on all well meaning Ogun west sons and daughters to rise up to the call for establishment of the school at the proposed site in Ipokia where they have started construction by the last administration.
Professor Emeritus, Anthony Afonja during a visitation to the governor with the team of Yewa City Club presented a blue print to the Governor on development of Ogun West  At his Iperu Home immediately after the election. recommendation was made by the team to solve lingering problem of Moshood Abiodun Polytechnic and recommend a fully fledged university at the Ipokia site.
We are calling on all Ogun West indigenes, Our traditional rulers, Politicians, Octogenarians, Business men and women and learned both home and abroad to rise up and stand against the attack of Hon Olukunle Oluomo on Hon Wahab and Ogun West at large.
The Remark of the Speaker read thus, A satellite campus of Olabisi Onanbanjo University  At Ibogun College of Engineering site should be used for the university. Same thing can be done at The college of Agriculture, Ayetoro, Yewa North , Ogun West.
Ogun West Should stand tall against oppression and marginalization by the ruled on the game to move Maustech away from Ogun West.
The Likes of Hon Mrs Sikirat O Ajibola( Ipokia), Hon Mrs Lateefat Ajayi (Yewa South), Hon Adeyanju Adegoke O (Yewa North I), Hon Wahab Haruna Abiodun ( Yewa North II), Hon Akingbade Jemili Adigun( Imeko Afon) , Hon Sherif Abiodun Yussuf(Ado Odo Ota I), Hon Lamidi Musefiu Olatunji( Ado Odo Ota II) to stand up and fight against this so as not to be marginalized.