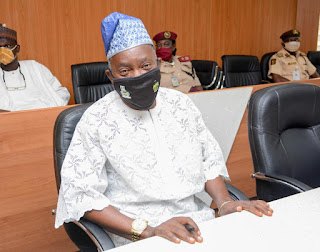 The leading aspirant lamented over the high rate of rape within the society.


He  however  advised parents to warn their children against indecent dressing, saying  it can lead to rape.

Farouq said this in an exclusive interview  with journalist over the weekend.

He said,  ''We all know that rape has now become the  order of the day and most of the victims are teenagers who are innocents. I want  to advised the Federal  government  to ensure that any convicted  rapists  should  be sentenced  to life imprisonment. No mercy should be  given to them.