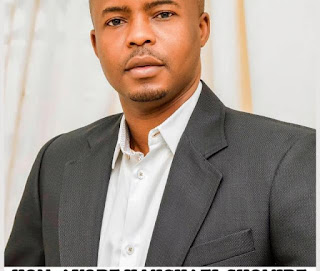 Chairman, Transition committee Abeokuta South Local Government, Hon. Ayodeji Michael Shomide has expressed grief and sympathy over the death of Chief Imam of Egbaland, Sheikh Liadi Orunsolu who died at the wee hour of today at the age of 98 years.

Hon. Shomide who described the leadership of the late Chief Imam of Egbaland as a devout Muslim leader per excellence, staunch prayer warrior who had the love of  people at heart, not minding their religious inclinations,  adding that the chief Imam died during the time Egba Land, Ogun State and Nigeria as a whole would need his consecrated prayer at this trying period.

Late chief Imam of Egbaland who succeeded late Imam shittu Bello Okeoro in 2003 reigned for 17 years and he was buried 10am today.

The Council boss, therefore, on behalf of other Transition Committe members, the management, and the good people of Abeokuta South Local Government  sympathise with the family members, pray that Allah will give them fortitude to bear the loss.