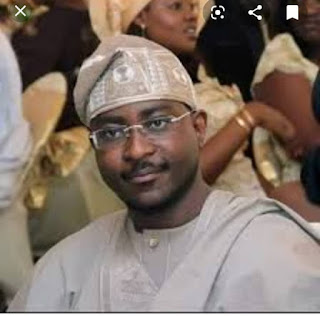 A lawmaker representing Abeokuta north,  Odeda and Obafemi Owode Federal Constituency in the house of representatives, Hon. Olumide Osoba has called on political appointees and other well meaning Nigerians to support the needy and less- privileged people within the community so as to provide means of survival for them during the lockdown.


He noted that the the aged and vulnerable people  really need huge support at the moment, saying that they are greatly affected by the effects of the pandemic.

The lawmaker said this during an  interview with journalist on telephone on  Saturday.

He said, ''Everyone can do their part and bit. It's not only Elected people but various appointees should help the Aged and Vunerable in the society especially. Also those that have should rather give to the less privileged instead of demanding Palliatives from Government.

''Government is trying to give to the poorest of the poorest so people need to realise that. That's why the Government insisted on not transferring money to those with more than 5,000 in there accounts but rather people who don't have anything at all'' He concluded

While reacting to the extension of lockdown  by one week by the Ogun state governor, prince Dapo Abiodun  on Friday  he said  that  State Governments in various  various states in a better position to decide the peculiar situation in their states. Its their prerogative.