COVID 19 CRISIS: HOW IT SHOWS FORTH REAL LEADERS 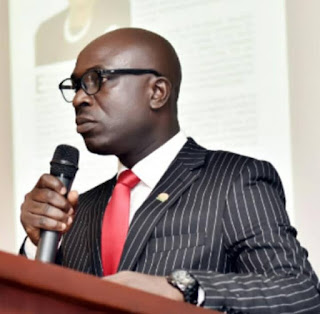 Tope Adaramola
There is no better time to discern the real or intrinsic content in a leader than in a period of crisis, just as the whole world is going through now, little thanks to the Covid-19 pandemic which has dealt a devastating blow on world economies and fast off-staging the global demographic order. The whittle down effect is now glaring on individuals’ living and expectations across the globe.
Howbeit, the ongoing pandemic has come to basically serve as a litmus test of three indexes in all nations, namely: the quality of governance, social capital of leaders and state of health care facilities. I dare say that it has also come to test the quality that leaders are made of, whether in governance, private business entities, social cultural and religious relationships, etcetera.
The fact remains that leadership has been negatively perceived by many as directing followers towards accomplishing a goal, irrespective of whether they like it or have a choice or not. Really, leadership, a la John Maxwell, is influence. A leader should be a servant to those he or she is leading and not the other way round, as many often see it. No greater exposition on this abounds that the admonition of the Lord Jesus Christ to his followers in the book of Luke 22 vs 25:  According to him “The Kings of the Gentiles exercise lordship over them; and they that exercise authority upon them are called benefactors. But for you shall not be so………he that is chief, as he that doth serve”. It’s clear enough here that those who intend to lead must first be servants. A leader’s strength of character and understanding is better tested during crisis like we are witnessing when painful decisions have to be made to move institutions or organisations forward.  A recent research in crisis leadership show that a worthy leader would be known by his possession of qualities bordering on self-sacrifice. When a leader demonstrates self-sacrifice in crisis they are seen by followers as having higher moral values and better role models.  Recently, there had been CEOs who stepped up to support their employees not to lay anyone off. At least not in the immediate. Leaders who wade through with this resolve would have a reciprocal love and devoted service from their employees after this crisis is over. It will lead to more unselfish devotion from the workers or followers, leading to greater corporate success post crisis.
In some climes we have record that CEOs of Hearts, LinkedIn, Twitter, Bank of America, Fedex and Cisco systems incorporated taking off momentary option of staff layoff to cope with this crisis. In specific terms, leaders are to act within the three borders of: taking the hit; giving with purpose and outright transparency.
Take the Hit: There must be a connect between what the leader is saying and what he is doing at this time. It’s not time to ask your team to get into trenches while you are rollicking in the comfort of your home. Not the time to ask for belt tightening while your tommy as a leader is seen to be bulging uncontrollably. Famous Marriot International CEO, Arne Sovenso forfeited his salary for a year and donated hotel rooms for frontline health workers to fight the raging Covid -19 . He also asked the executives to sacrifice half of their salaries, starting with himself. And there is no kidding or playing hypocrisy about it like some of our political leaders here. Even in political leadership, we are seeing leaders like Jacindo Arden, New Zealand Prime Minister who are taking pay cuts and genuinely persuading cohorts to do same. These actions connect leaders to followers, translating in greater commitment by the followers post-covid.
Giving with a purpose: Great leaders know the worth of doing everything to help the people, taking their followers along to navigate through crisis. Some companies have closed down parts of their traditional production lines to start allied products that will help the course of finding solutions to the rampaging pandemic. For instance, Toyota Motors have commenced the production of ventilators, Johnson and Johnson abandoned its production line to develop vaccine for Covid 19 which though was reckoned as being commercially motivated, for which the CEO claimed was not. It must be understood that these actions are not quite distant from the real values for which those entities are established.
Outright Transparency: when a leader is making a sacrifice, it should be out rightly transparent. If donations are to be made, he does not shroud in secrecy how much was donated, when and how the amount would be utilised. This is particularly challenging in an environment where trust is scarce, ab initio. Even when the leaders are mouthing donations, the followers take the claim or gesture with a pinch of the salt. We have had stories of politicians claiming to donate half of their salaries, only to create other valves to siphon more money out of the system for their personal use. Voluntary transparency becomes key in this situation. The leadership sacrifices must not only be heard but be seen by all.
In sum, the essence of this piece is that even as the covid-19 pandemic ferociously bears its fangs across all strata of human lives, leaders who give themselves to empathy and selflessness have capacity to rise higher than those who do not. Instead of portending doom and grinding challenges for leaders, the crisis would rather spin opportunity for those who know and abide with these secrets to show the stuff they are made of, earning them better social capital that will subsist even when the crisis might have been over.

Tope Adaramola is a PR practitioner