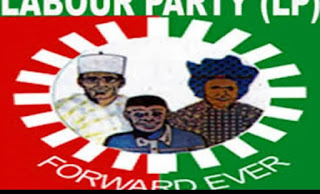 
He noted  that he is ready to expose the negative activities of Arabambi in the state if he fails to stop his gang up against Adebutu.


The former aide while reacting to Arabambi's recent call to the state governor, Prince Dapo Abiodun that Chief Ladi Adebutu be subjected to isolation on the basis of an alleged positive result to covid-19, described the LP chairman as an ingrate and an unstable  personality.


He said,  '' Arabambi is an ingrate, chief Ladi Adebutu supported him to become the Labour Party Chairman, he was the one that singlehandedly paid for the court processes, brought in some members to the party, sponsored the Party's Congress which took place at Park-inn and personally gave Arabambi millions of naira".

''the LP Chairman was no match for the trio of the gubernatorial Candidate of the African Democratic Congress in the last elections, Prince Gboyega Nasir Isiaka, GNI, Comrade Olaposi Oginni and the factional Chairman, Biodun Owolabi who ganged up against him".

"Chief Adebutu gave every support till Justice Ibrahim Watila of the Federal High Court 2 sitting in Abeokuta declared Olufemi-Onigbinde the authentic Chairman and now he is making a U-turn typical of a betrayal, fraud and unstable mind. That is why I'm suggesting he needs to do a psychiatric test because nobody under his right senses would behave like that".

Oketokun however said that  he would be willing to expose Arabambi's many atrocities, if he doesn't stop attacking Chief Adebutu, alleging that he has been forging signatures of other executive members of the LP to commit various nefarious activities.

"That was how he presented some LP members as IPAC chairmen during the declaration of Akinlade Adekunle as the APM gubernatorial candidate , where he falsely received millions of naira and later distributed N3,000 each to the members".

Mr Oketokun therefore  noted that politics is not fraud and criminality, saying that  at this stage no one should be interested in attacking personalities to curry favour or disrupt Ogun State.