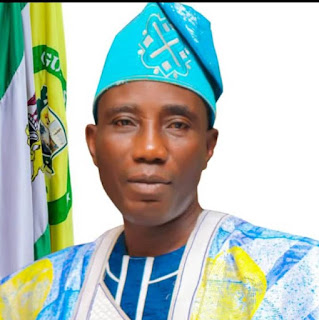 The Transition Committee  Chairman of Abeokuta North local Government.  Prince Tunde Tella  has assured the residents of the local government of  second batch of the stimulus package.

Tells said "the Ogun State Governor Prince Dapo Abiodun-MFR  targeted for first batch , so the second batch is on process. The content is being packed such as beans, rice, groundnut oil, salt,  sugar and  so on are parked together".


He  also noted  that by three,  o'clock today,  the fumigation process will be lunch at kuto. Our market and some public areas will be fumigate too.


Menwhile, the Chairman of Olumo CDC under Abeokuta North local government  Comrade Yinka Fasina, yesterday said that they were called to give some food items to our CDC.


"As the chairman Olumo CDC. I went to meet them, they gave us some relief material to give to our people. We have started the distribution since Sunday and we distributed the remaining materials yesterday" he said. We really thank you for the little you gave to us.