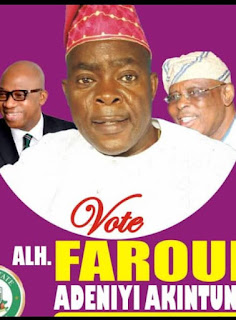 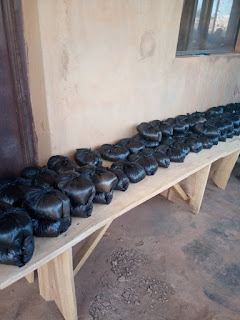 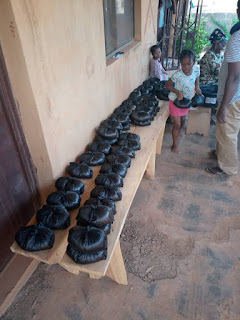 The Leading chairmanship Aspirant for Abeokuta south local government, Hon. Farouk Adeniyi Akintunde  has again put smile on the faces of the people of Abeokuta South Local as he reached out to sixty houses  with food items.


The beneficiaries are within the community, Abule Ake CDA.

The food items which  are garri,  beans and cash were donated  to the entire residents as a means of complementing the efforts of Prince Dapo Abiodun to cushion the effect of lockdown in the State.

According to him, food plays  essential role in the welfare and well being of the citizens.


You will recall that Hon. Akintunde who is also the chairman of the community have earlier donated food items to support the Transition chairman of Abeokuta south local government food basket initiative.

He has also supported his people  with cash to provide means of survival for them during the lockdown period.

He described the gesture as a welcome development, advising other politicians to emulate him.


Also the secretary of the community, Barrister OYENUGA revealed that Hon. Akintunde was able to reach over sixty houses within the community.


He noted that the chairmanship aspirant is an exemplary leader who cares for the welfarism of his people.

The secretary commended him for the kind gesture.


Meanwhile, the beneficiaries appreciated him for his kind gesture.


They described him as an helper to them.

The chairmanship aspirant  Hon. Faruq Akintunde has supported Abeokuta South with food bank  and cash to the people of Abeokuta south local government

This was disclosed by a radio presenter, Olumide Awolowo  while anchoring a program on root FM.