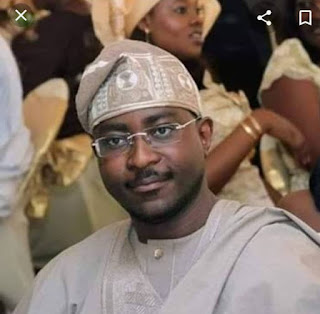 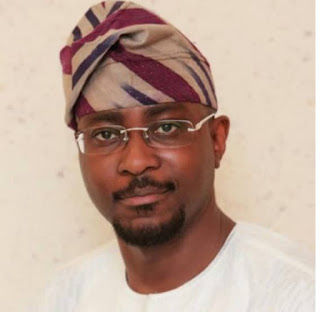 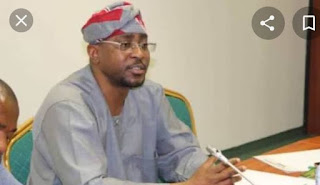 The lawmaker representing Abeokuta North, Odeda and Obafemi Owode Federal Constituency, Hon. Olumide Osoba on Saturday accused his predecessor, Hon. Mikhail Kazeem  of the Allied People's Movement, APM of stealing his  2015 constituency project which is meant for his constituents.

The lawmaker disclosed this while empowering 120 members of his constituency with sewing machines, generators motorcycles and grinding machines for artisans in the state.


He said his predecessor did not do any feasible projects despite being in the budget.

”I decided to do an empowerment in 2015, while I was there, I was the one that signed the 2015 budget. I put empowerment for my constituents because i have done a lot of projects in 2012, 2013 and 2014 but to the 2015 project when I left office my predecessor took over the budget and have never seen any empowerment done in the budget”

Apart from the items donated, he also commissioned schools within his constituency.

The son of the former governor  of Ogun state maintained that the gesture is an effort to give back to his people that elected him during the electioneering period in the state.


The lawmaker donated the items to the beneficiaries On Saturday during a Town Hall Meeting held at his father's house in Abeokuta, Ogun state.


The lawmaker  said, ''Today, we are empowering 120 members of my constituency with sewing machines, generators, grinding machines and motorcycles. This is part of my promises during 2019 electioneering period that I will empower my constituents so you can see  now  that am fulfilling the promises to my people.


''This gesture is a way of giving back to the people who supported me at the poll. When I assumed office, I consulted them on what they want, we discussed and i heard their views so the empowerment going on now is the result of the consultation.

''The gesture  was also  aimed at empowering my people to become self-sufficient, by boosting their personal income so that they can earn a living because in Nigeria today, if you don't have a vocational training or job,  to live at times may be difficult but what we have done today is to rescue my people  from hardship and poverty and am sure  this will go a long way to help them'' He concluded


The son of the former governor also promised to build vocational training center for each local government where youths can learn different  trade.

He therefore urged the beneficiaries to make proper use of the materials donated to them.


According to him, Hon. Olumide Osoba has done the best thing, he knows what his people want and he has done it for them.


He urged the people to continue to support Hon. Olumide Osoba so that he can do more empowerment for them.

The chairmanship aspirant enjoined other politicians to emulate Hon. Olumide Osoba, saying that  it  will help to eradicate poverty across the state.


Also, some of the beneficiaries while speaking with  news men expressed joy over the good  gesture of Hon. Olumide Osoba, saying that the lawmaker has shown to them that he is not one of the politicians that promise and fail.

They described him as an honest and Godfearing politician who does not want his people to suffer.

''We appreciated Hon. Olumide Osoba for his good gesture. In fact this is a welcome development. Empowerment is one of the best thing he can do to make us independent so that we can feed our families. We prayed may God be with him and  bless him continuously''. They concluded.