Housewife stabs peacemaker for trying to separate a fight

By ajohnsiney March 20, 2020
A housewife, Salimat Hamza, on Friday appeared in a Kaduna Upper Sharia Court, for allegedly stabbing a ‘peacemaker’, who was trying to separate a fight.
The 22-year old defendant, who resides along Taiwo Road Kaduna, is charged with causing grievous hurt.
The Prosecution Counsel, Insp. Abubakar Shehu, told court that the ‘peacemaker’ who was also the defendant’s neighbour, Halima Musa, reported the matter at Sabon Gari Police Station on March 15.
He alleged that the defendant, on March 15. stabbed the complainant with a knife when she tried to separate a fight between  Hamza and another neighbour. 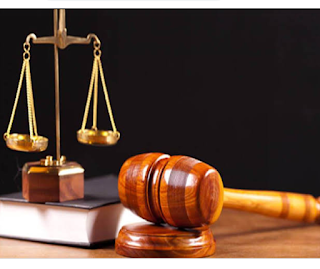 Shehu said that the complainant suffered deep cuts on her head and hand.
He said the offence contravened the provisions of Section 219 of the Kaduna State Penal Code Law.
The defendant, however, pleaded not guilty to the charge.
The Judge, Mustapha Umar, admitted the defendant to bail in the sum of N100, 000 with one reasonable surety in like sum.
Umar adjourned the case until April 3, for further hearing.(NAN)