Atinuke: The Chief Whip that needs to be whipped 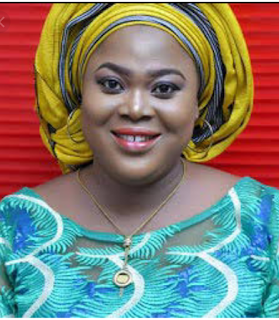 
It was Abraham Lincoln that said, "Nearly all men can stand adversity, but if you want to test a man's character, give him power." The late literary giant Achebe had also attributed the problem of Nigeria to squarely that of leadership. Yes! These statements are ever true.

I was in my house in London on the 7th of March 2020 when I get a call from my good friend and brother, Hon. Adeyanju, Adegoke Olusesi who is a member representing Egbado North I in the Ogun State House of Assembly. He called that he was in London and he would be happy to see me. It has been a long time we saw and I thought his visit was a good opportunity to meet with him after a long time. We met at Westfield where he bought a few things before going to his hotel room on Kensington His Street. While in his room, another honourable walked in and said there was an award presentation going on downstairs in the hall and we should be there. I did not see any reason to attend but he maintained that it was not a serious occasion and I could be there. What an honour, I simply joined them in the brief award presentation which ended in less than an hour.

After the event, there was a table at the back for whoever wanted soft drink. All on the table were coke, lime and ice cubes.  I went to the back of the hall; picked a glass of ice cubes and the honourable speaker of the House offered me a bottle of coke and offered to open it for me. I rejected the offer and rather opened the bottle which the Speaker and I shared. As I was taking a second sip, there came a dishonourable member, one Bello, Atinuke representing Odogbolu doubling as the Chief Whip. She looked at me and said, "Are you not the one who came to see Honourable Awoso?" and I said "Yes" with a smile. Only for her to tell me, "Se drink ti wan gbe sile fun awon eniyan ko ni o'n mu yen ni? O ma baje o". Translating "isn’t that the drink that was kept for dignitaries that you are drinking, you are so wayward".  I just looked at her and returned a smile. Not because I was afraid but because I thought she was joking. I felt she was joking because no human being in his/her right sense will talk to anyone like that. Not until I looked back and saw Hon. Wahab, Haruna Abiodun looking so sad and disappointed. He simply said he was sorry because he did not like what the woman had said. I smiled and said I thought she was joking and others chorused that she was not because that has been her attitude. I was shocked!

I called her attention to be sure she was joking and the anger on her face confirmed the position of other honourables. I was the more disappointed. I could not get the right words to describe how irresponsible she looked dressed in such ugly character, I simply told her she was nauseating and she went mad. If I stayed longer in front of her, I would have just puked because her presence was simply malodorous and stinking.  She ran towards me and I would have been glad if she slapped me so I could call the metropolitan police and she will know that I did not come to London through the Mediterranean or Red Sea. I wanted her to know that she was in the Queen's country and not in Nigeria where democracy has been so raped that any opportunist nincompoop who has the slightest chance of being fraudulently selected into a position of power becomes a leviathan. I wanted her to know that people should be first treated as human no matter who they are as this is the hallmark of leadership. I wanted her to understand that this is a land of equality and not one driven by "do you know who I am" mantra.

I am a child from a poor home back in Nigeria but my family are rich in decency and the Omoluabi spirit. I don’t know how rich you are; but you have proven that you are truly poor if all you have is money and power. You have proven that there are many more untamed, uncircumcised, uncivilized children of slaves in high places who take advantage of divine providence to victimize their fellow human beings. I may not be rich but as at that time yesterday, yesterday, Atinuke, it is not a bluff, I could afford 2,000 bottles of that coke. Let me tell you, I virtually sponsored myself through school in Ogun State University where I graduated in 2012 before going to the University of Ibadan for another Bachelor's degree where I finished top of my class with a first class before being offered scholarships at the University of Westminster London for my masters. In all, I have two bachelors and one Master degree.  I challenge Atinuke to showcase what she has got. She represents to me a garment sown from a morality depleted cloth. If not Nigeria which places mediocrity over excellence, how would such a rascal represent the good, literate and responsible people of Odogbolu?

Tinuke, I don’t really blame you. I understand your position. You are thrilled because your passport has been 'dis-virgined' as the honourable speaker wants you to see the world outside your husband's sullied bedroom. I applaud that man for all he has endured over the years he has spent in that celebrated hypocrisy called marriage. I must say that I applaud his capacity to accommodate insult and dishonour which you have brought repeatedly upon your household.

Tinuke, let me tell you what you do not know. Before I left Nigeria, I had written and published my books and met with important Nigerians. I am a protégé of the literary icon Wole Soyinka and his humility is one of those things that have humbled and driven me towards excellence. I remember the day I went to see him at the Kongi Art Gallery in Lagos and he was not there. When I called him, he came all the way from Lekki to Lagos Island just to see me and also give me some money as my transport back to Ibadan. I remember my constant meeting with Senator Femi Okunrounmu at his Onikolobo residence, the way I sit with my Vice Chancellor Sir Peter Leahy Bonfield at the school canteen on Regent Street and we chat like mates, the hospitable disposition of Baroness Anne Caroline Cox Member of the House of Lords at the Westminster Parliament in December.  All these are people who offered me a drink and we shared a smile. They had gotten to where they are as a result of their depth of humility. The kind of Atinuke will trample on everyone in her constituency and use them as rags to mop the floor. Be humble Tinuke, with that character, you will not go beyond your present position and if not careful, you will leave there with the great shame. Atinuke, you remind me of how much Nigeria needs redemption and how urgent that must be. Your conscience needs circumcision and your attitude is in dire need of remodelling. Atinuke, it is people like you that have made Nigerians in Diaspora stay abroad sine die! They don’t want to come home and be humiliated by inferior people who act like Thomas Wolsey.

Atinuke, how much I wish you slapped me like you would have done in Nigeria. How much I wish my friend was not there and the need to honour my host. How much I wish the speaker was not such a humble nice man I needed to respect. I would have given you the biggest shock of your life. You would have at least learnt that you are a visitor and when it is your first travel abroad; you need to be humble and learn how things are done elsewhere. Anyone who has lived abroad will know that juice, soda and food are so cheap that beggars can even afford to buy. I want Atinuke to know that I was not tasty, I was not hungry, I was only in the mood to celebrate with my kindred who came from Nigeria. Now that I have seen your attitude over a half bottle of small diet coke, if we happen to meet again, even if I were to die of hunger; Atinuke I will not demand a slice of bread from you. You are the Chief Whip who needs to be whipped!