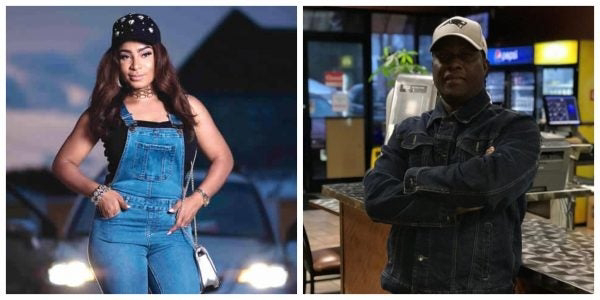 It all started after Olaitan took to her page to call the attention of her fans to her search for a lady she acted with in past years, and interestingly her ex-boyfriend took to the comment section of the post to blast her.

” Please who knows her whereabouts? I don’t know why i can’t just get my mind off her, funny enough i never met her but i love her and i remember casting her for my first movie in 2012 AREMO ITE but unfortunately all efforts in reaching out to her proved abortive. I just hope she’s doing well  Pls help reach out to her  “

Responding to her, the man identified as Segun wrote:

You no know any of her family members? She is a wise woman unlike you that advertise herself on the social media, she is on a low key building her home, no distractions.

In her response to his comment, the actress revealed that the man is pain just because she refused his proposal and he has been stalking her all the time. 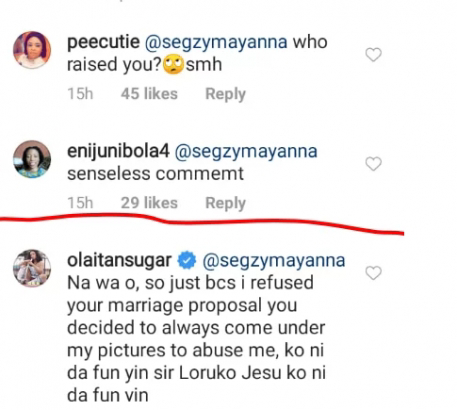 She then went further to lay a curse on him, stating that it shall not be well with him.