OGSG pays a condolence visit to the family of Late Akinhanmi 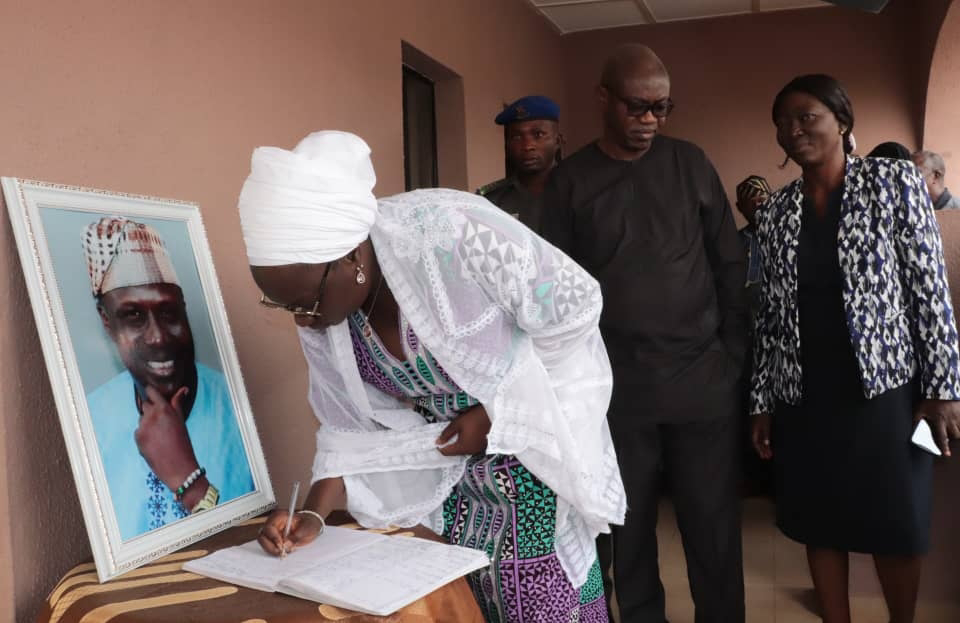 Ogun State government has paid a condolence visit to the widow, children and family of late Diji Akinhanmi, who until his death was the General Manager of the State Broadcasting Corporation (OGBC).
Leading the delegation  of the State Government on behalf of the Governor, the Deputy Governor, Engr. Noimot Salako-Oyedele, commiserated with the family, praying that such untimely death shall not occur  in the family again.
Engr. Salako-Oyedele noted that the state government and members of the pen profession have lost a media guru, described the deceased as a thorough bred professional who distinguished himself among his colleagues and the media world at large.
"The death of Mr. Oludiji Ajibade Akinhanmi's status is more than a loss to the Akinhanmi family or Ogun State Broadcasting Corporation (OGBC), it is a loss that transcends boundaries of journalism, community service and service in the Lord's vineyard"
"He was a seasoned journalist and accomplished broadcaster who contributed in no small measure to the practice and development of media profession" she said.
Responding on behalf of the family, the deceased Elder brother, Dr Akinwande Akinhanmi, appreciated the government for the condolence visit saying  he was an accomplished broadcaster but unfortunately he passed on when the family needs him most.
"Diji right from his childhood was interested in journalism even before we knew what the profession was really about and he was active in the area of news gathering. We thank God he was an accomplished broadcaster but unfortunately, God knows the best. He passed on at the time the family needs him most" he added
Also speaking , the daughter of the deceased, Miss Dunni Akinhanmi, appreciated the team for the visit.
State Government delegation who accompanied the Deputy Governor included Secretary to the State Governor, Mr Olatokunbo Talabi, Head of Service, TPL. Amope Choker, Senior Special Assistant to the Governor on Media, Mrs Yinka Ogundinmu and Permanent Secretaries.