MATTER ARISING : PRINCE DAPO ABIODUN AND HIS LOVE OF EQUITY IN THE SELECTION OF HIS STATE EXECUTIVE CABINET; OGUN LABOUR PARTY PERSPECTIVE 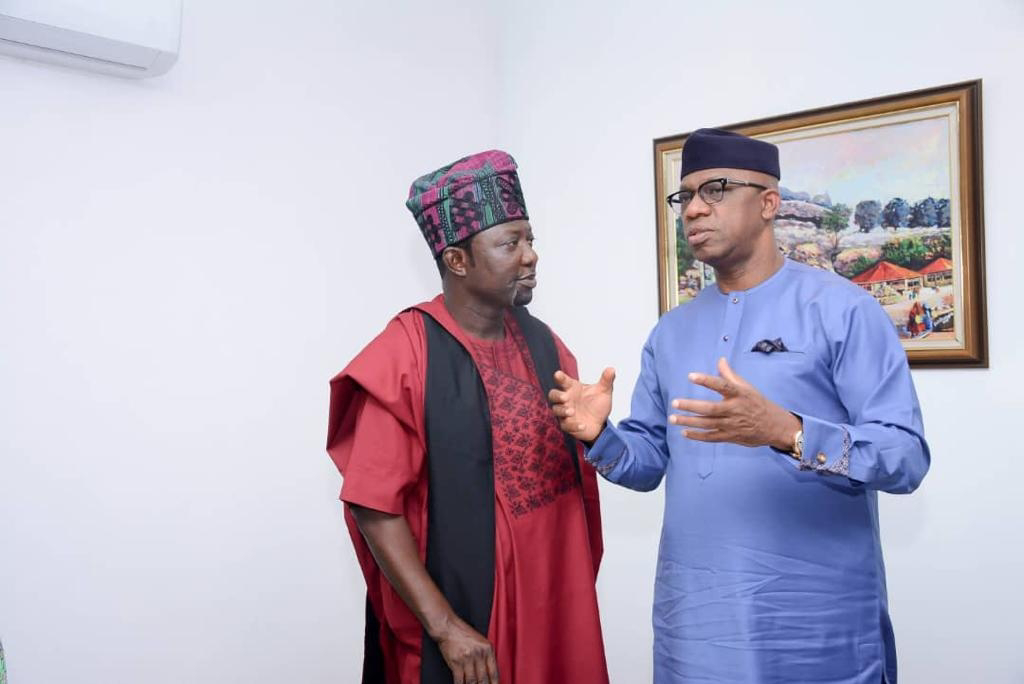 It is bewildering to note that very many people are disturbingly lazy enough to fail to catch the  extreme fairness of PDA in how he got his cabinet selected.
First , these class of destructive critics went to town to lampoon PDA so wrongly for not forming his cabinet on time in their own reckoning.
From the list of inaugurated State Commissioners in Ogun State, it glaringly got clearer to the silly critics that PDA needed all  the time he took to search , attract and enlist the best among the best qualified in the State.
Let us get back to the current criticism from the corner of the perpetually destructive , self - assumed , incompetent and biased critics of the selection of the Commissioners from the Senatorial districts. Let us take a look at the selection.
Ogun East : has nine LGAs and was given slots of 8 Commissioners
Ogun Central : has 6 LGAs and was honoured with 6 slots of Commissioners.
Ogun West : has 5LGAs and was given a total of four Commissioners .
From the above , does it sound to reason for anyone still in touch with reason to cry to shed crocodile tears on an issue that attracts high commendations across the cross section of the State . A selection yet being applauded by the larger citizenry in the State .
It is not enough for people to feign knowledge while everything indicate that such people are very much ignorant .
PDA convienitly satisfied the constitutional requirements of even distribution here. It is of course noticed that some of the ugly and negative critics are buried deeply in this very wrong and unwholesome attitude from a long time back. However , the government of PDA has since obviously  been ignoring their imbecilic noises because by the actions of government in all they attempt their destructive tendencies , the Government has regularly and unfailingly been vindicated.
It is quite very proudly for the PDA Government to have promised equity and fairness in his ways and means of sharing all and every benefit in Ogun State. From what the unbiased and the honest citizens , and moreso , the professionals  the elites and even the political leaders across party lines had since been saying across the State conclusively vindicated PDA as the avalanche of commendations and praise pour on him.
What many of the intelligence - challenged and seriously incompetent internet Bob - a - job critics fail to acknowledge is the level of  openess being demonstrated by PDA and his Government since inaugurated. It is however very commendable that it is not the Government that solicits in any way for the grade one commendations that it has been receiving in the attempt to reposition , redirect and generally lift the State to the next level beyond mere saying but actually in doing.
From we in Ogun Labour Party , we are solidly impressed and satisfied that the Government of Prince Dapo Abiodun had shed and left behind the natural after - inauguration hesitant steps for the real call that will in a short while drive all sectors especially , education economic , Agriculture , trade and many more into a level beyond every expectations.
Furthermore,we implore all citizens to drop the current attitude of unnecessary hatred , bitterness and political intolerance to join this PDA's never - seen - before growth and development commitment. This is one positively different government that everyone must support fully, completely and robustly to achieve the desired development for our dear State.
Finally , for the benefit of those who may not know , we in Ogun Labour Party continue to get involved and concerned because our party is the party of mostly the less privileged , artisans , teachers , drivers , civil servants , traders , market women , farmers and the likes. These are in turn the larger part of the States' creators of wealth and on who Government's actions and inactions has the biggest and most telling impact.
Comrade Gentleman ABAYOMI Arabambi
State Chairman