Hon. Bello 'steals' show at the swearing-in ceremony of commissioners, others in Ogun 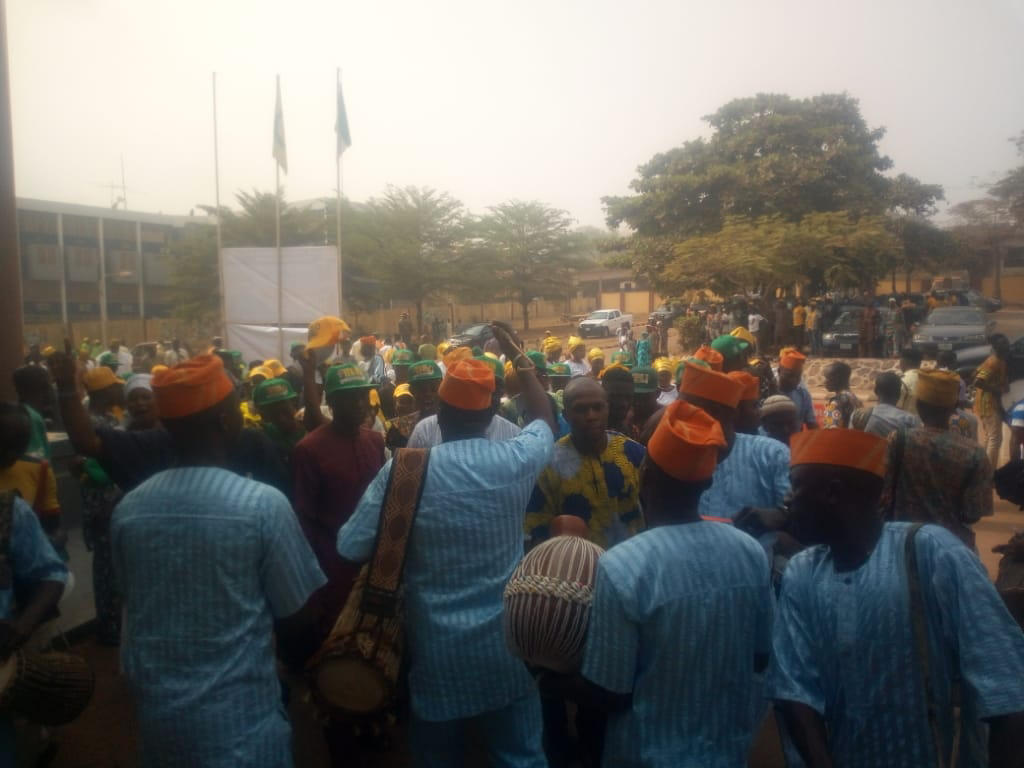 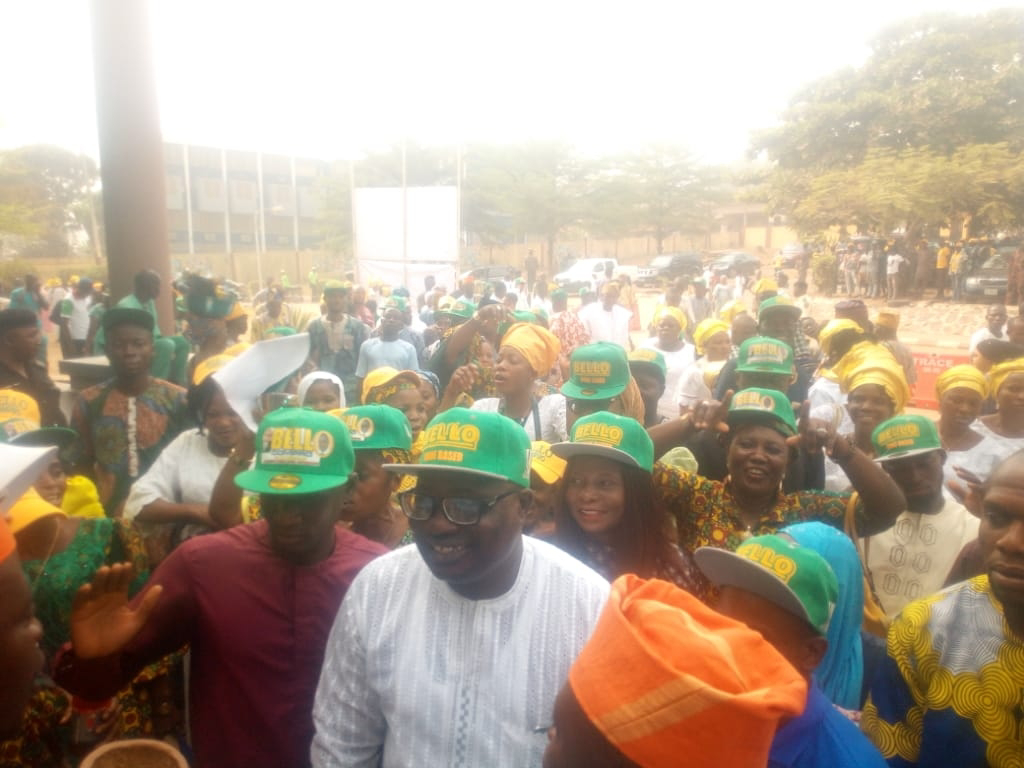 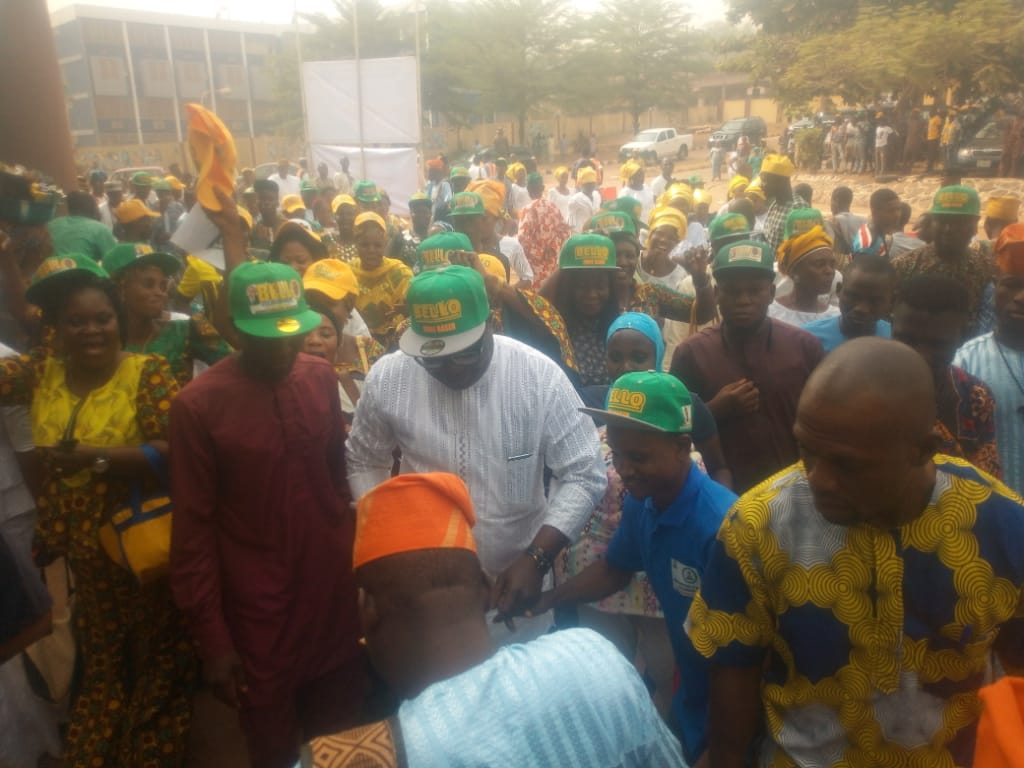 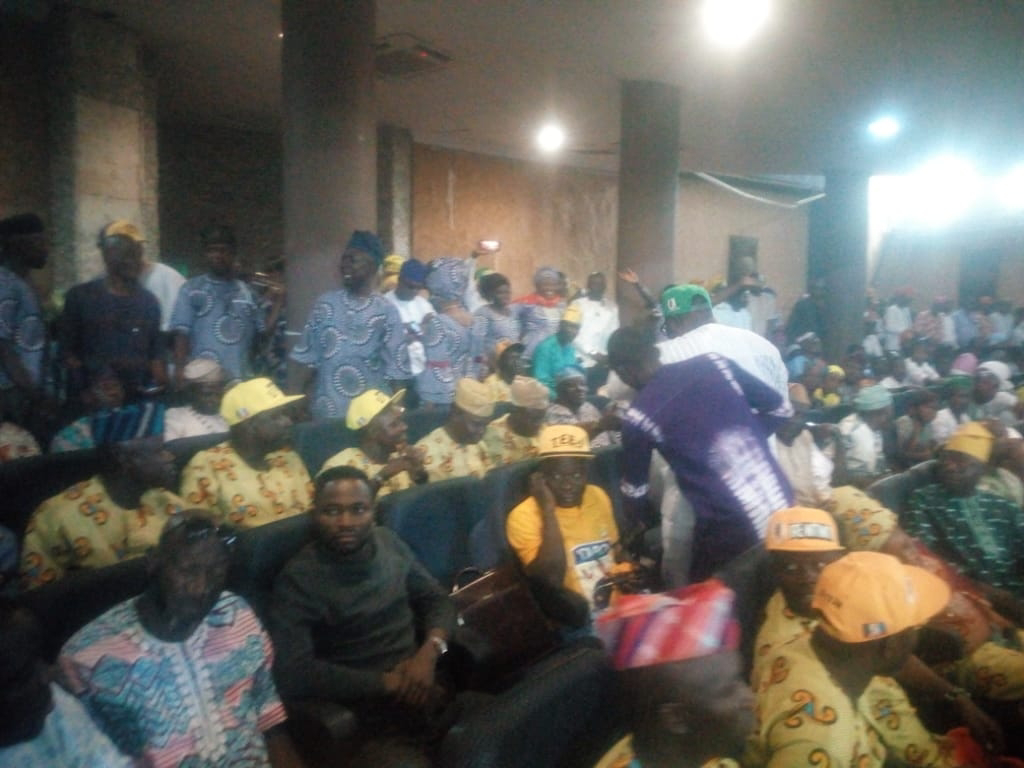 Thousand supporters of the chairmanship aspirant of Abeokuta north local government,  Hon. Wale Bello on Friday trooped out to show support and love for the aspirant.
The youths and the elders were seen dancing and hailing Hon. Wale Bello when he arrived at  the scene.
They were also seen putting on  various caps with the  aspirant's  name written on it.
Hon. Bello who arrived  at the cultural center, Abeokuta exactly 10.am to show support and love for the commissioner-designate, Hon. Taiwo Oludotun, popularly known as  Twinny  was overwhelmed to welcome large numbers of people.
At the time  he was welcomed by large numbers of youths and elders no other aspirants were around and this made him to outshine others at the ceremoney
Hon. Bello while speaking with his media team explained that the reason why he was here was to show full support for twinny, adding that twinny is one of the leaders in the north that can not be forgotten.
He said ''the role twinny played during the last election can not be undermined, he is a strong politicians who never look down on others.
He is a man of the people. He understands and listens to the people. I am so happy and elated  today that he is now the full commissioner of Ogun State.
Hon. Bello therefore appreciated the people of Abeokuta north for coming out in large numbers to show support for twinny and him.
''I want to thank our people for their unflinching support. you are here today in large numbers to show support for us. We are hopeful that with your support we are going to achieve our aims