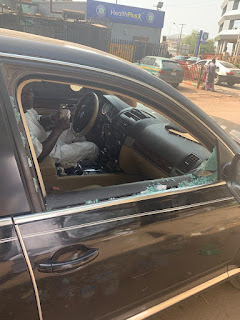 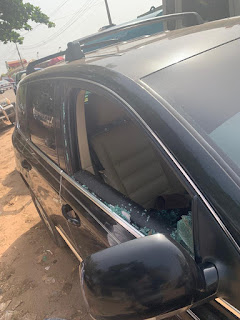 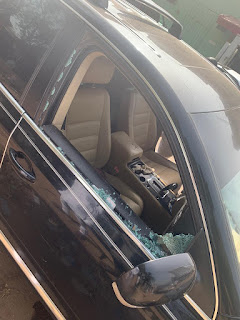 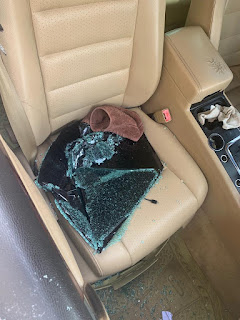 Unknown  Suspected robbers on Thursday at Ibara, GRA, Abeokuta, attacked  the chairman of Labour Party in Ogun State,  Comrade Abayomi Arabambi  and carted away the sum of six hundred thousand naira from him.


It was gathered Arabambi escaped unhurt from the robbery attack.


Our correspondent also gathered that the Labour party chaiman on Thursday afternoon had gone to make some cash withdrawals at a commercial bank in Oke-Ilewo area of Abeokuta when he was attacked.

''I was at Ibara GRA with some of these guests when we came out and saw that some intruders have broken my vehicle,  broke the glass and destroyed the safe in the car and took all the money in the safe.

''When   I left the bank i suspected that some people were following me on the bike,  but I took low interest in them,  but when we came out from a meeting we were holding, and to our surprise we saw that the driver side window glass had been broken and the cash I put in the safe Stolen".

"My fear is if I had not gone to where people were,  and I was accosted on the road, imagine what could have happened "

All efforts to get reaction from the Ogun State command of Nigeria police spokesman,  Abimbola Oyeyemi proved abortive as call and text messages put across to him were not responded to.

But a senior police officer at Ibara Police division  confirmed that the incident have been reported and investigation on the matter is ongoing.