Reminiscences with a popular actor 'Shonsholex' 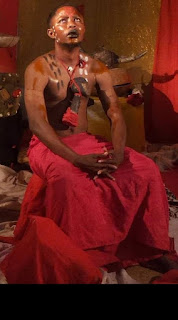 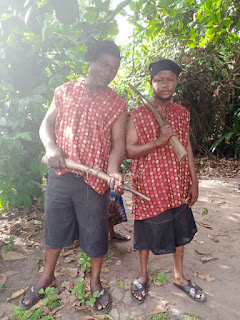 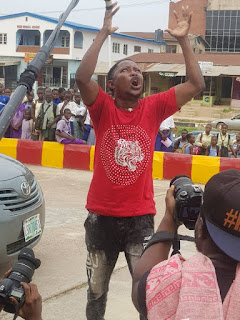 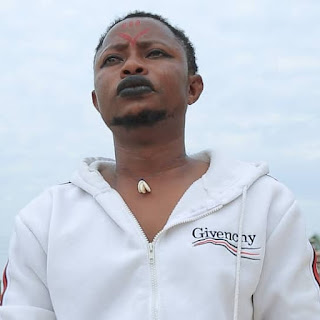 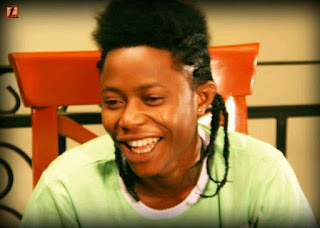 The entertainment industry has recently seen an influx of young talents who are giving the veterans a good run for their money. Our reporter sat down with one of such talented and upcoming Nollywood artiste who have in short time risen to the level of producing his own movies and having recognitions for it.

Can we meet you sir ?

My name is Oyeyemi Akeem Oluwasegun, people know me as shosholex. I am from Abeokuta, Ogun State and grew up around Onikolobo area.

Can you tell us your educational background?

I  started schooling in Abeokuta where i attended St. Paul Demonstration School 1, Kolobo, Abeokuta, Ogun State. So when i finished there I  proceeded to  Ijemo Titun High School for my Secondary School education and i did not stop there I furthered my education where i did my National Diploma at Moshood Abiola Polytechnic (MAPOLY) in Mass Communications. So right now am doing another programme at University of Ibadan where am studying business administration.

What brought about 'shonsho' the nickname given to you?

It is a long story, when I was in primary school, I have some friends then that we used to play together so one day we decided that we should be giving one another nicknames. As you are looking at me now you will notice that my stature is small. So that my friend was smaller than me so I now gave that my friend name 'shonsho' and when they now hear that name my other friends said that the name should be given to me because am small and fit me more than my other friend. So that wat was led to the name.


I have gone for many vocational trainings  such as carpentry, engineering and a lot of other things like that, because then I used to struggle here and there so as to make ends means but right now I have an office where I sell phones . I am also a electronics dealer apart from my theatre job.


Why do u now go into theatre?

Theatre is what I love so much. I am passionate about it. I was once a hip hop musician which I have featured popular artistes like tee -code and small doctor before a good friend of mine called Titilayo advised me that if I can add theatre to my musical career it will add to my popularity so that was how I became a theatre practitioner.

In 2013, I produced a movie titled Ore idunnu, through the movie I was able to pass message to yahoo boys because it is not legal to involve in the act. We tried to let Yahoo boys know that Yahoo is a fraudulent act through the movie.


Since you started the theatre profession have u ever regretted?

How many movies have you featured in?

I have featured in so many movies which I can not remember but most of the movies I featured in are produced by my boss, Owolabi Ajasa, the current TAMPAN Governor in Ogun State. one of it is Owu funfun (White Thread) but I can't remember other titles I have done as they are numerous to list here.


How many movie have you produced?

I have produced Ore - Idunnu in 2013 and the new one coming out soon is Ajadi Ooga. Am urging my fans to look out for it. The movie will be one in kind because the likes of Odunlade Adekola, Fathia Balogun, Ciro and others participated in the movie.

Are you still doing music?

Yes am still doing music, I have not left music for theatre. People still call me for collaboration it is just that theatre takes a lot of my time. I will be releasing my album very soon.

What do u think your bosses are doing that you upcoming don't  like?

Our bosses are not too patient with us and they have forgotten that we apprentice will get to the top one day. If Mr Latin did not do well when Odunlade Adekola was under him, the much respect he is getting from Odunlade now he will not get it that is why am saying that our bosses should not look down on us, if we offend them they should try and forgive us. But preventing us from achieving our aims and objective can not help them because when we get to the top they won't be able to move closer to us based on what they have done to us in the past.


Don't you think your bosses favour ladies than men.

No, I don't agree with that because no boss can feature anyone who is not capable or talented for a role. Once you are capable and they can see it in you they will feature you so its not about they want to have sex with ladies that is why they feature them.

What advise do you have for upcoming artistes.