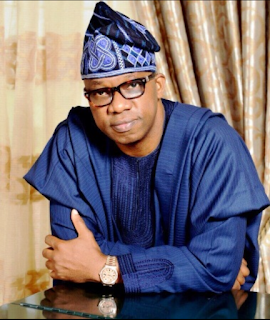 The Ogun state chapter of Inter-Party Advisory Council (IPAC), has congratulated the Ogun State governor. Prince  Dapo Abiodun  over his victory at the  Supreme Court in Ibadan on Wednesday.

IPAC described the apex court ruling as an affirmation of the people’s will which was  expressed through their votes in the March 9, 2019 governorship election in the state.

IPAC In a statement signed by its state chairman, Asiwaju Abdul-Lateef Adedamola and made available to newsmen by its publicity secretary, Mr. Oyejide Sunkanmi, maintained that it is a great day for democracy and the people of Ogun state.

According to him, the highest court in the country has finally settled the controversies surrounding the Ogun governorship election and affirmed Governor Abiodun as the true winner of the election.

"We want to congratulate  Governor Abiodun on his victory at the Supreme Court. This victory is for the good people of Ogun state, they are the real winners in the context. We have no doubt in Gov. Abiodun's ability to take Ogun State to the next level of development and prosperity.

"Our Governor would accelerate the pace of development in the gateway state, now that there would be no more unnecessary distraction. We seek for more support from  the people of Ogun state for the Governor now that all the doubts over his legitimacy have been cleared by the Supreme Court.

Speaking further, Adedamola urged the Allied Peoples Movement (APM) candidate and challenger, Hon. Adekunle Akinlade, to accept the judgment in good faith and support the  Governor in the task of rebuilding the shattered confidence of the people in the ability of government, to rebuild the dreams and aspirations of the people of Ogun state.