By Radio moment with Omonaija December 24, 2019
Women who are making last-minute shopping for Christmas now hide money in their underwear to avoid being robbed at Balogun Market in Lagos.
The News Agency of Nigeria reports that female shoppers at the market devised the means of hiding their valuables from pickpockets prowl the market in large numbers.
One of the shoppers, Miss Lovelyn Shedrach, said, “I am always watchful, I go as far as sharing and hiding my money in different strategic places which include my undies, so my pocket won’t be picked.
“No one is to be trusted in this kind of market, especially a crowded one, everyone, to me, is a suspect.
“I don’t let people get too close to me in the market; and when they do, I’m always careful.”
Another shopper, Mrs. Ukamaka Dike, also raised the alarm over her stolen purse, noting that it contained her phone, identity card and money.
NAN reports that the woman was seen crying helplessly, shouting “My money ooh! Help me God! Where do I go from here!”
Ukamaka told NAN that after bargaining for some pairs of shoes and she wanted to make payment, she discovered that her purse containing N85,000 and other valuables had been stolen.
Mrs. Veronica Bassey, who shops at the market regularly, said pick-pocketing was a usual occurrence, especially during festive periods.
“For a market that is always crowded, especially during this season, one needs to be careful.
“I have been a victim of pick-pocketing and that day, I was stranded,’’ Bassey said.
A trader who sells bags, Mr. Adeyemi Tobi, said the market was a busy place where only the smart and vigilant can survive.
“It is not only buyers’ purses that are stolen, traders’ goods are also being stolen.
“For both buyers and sellers, one needs to be vigilant in order to avoid loss of valuables,’’ he said.
Another trader, Mrs. Stella Charles, who sells electrical gadgets, advised both sellers and buyers to keep their valuables safe so as to protect them from being stolen or misplaced.
“I feel so sad for the woman. When she first shouted, I knew something bad had happened.
“People can get a waist bag, as it is safer, as it is hard for it to be stolen once it is worn on one’s waist,’’ she said.
RMWO 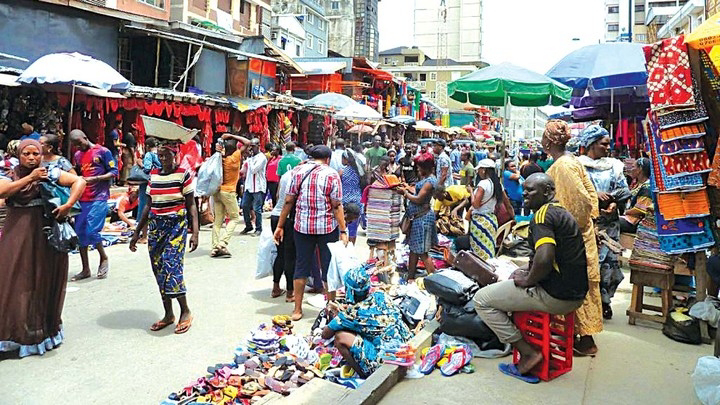