By Radio moment with Omonaija December 17, 2019
The SU election aspirants partake in the manifesto today which was held at the pavilion ground of the Federal Polytechnic, Ilaro.

The programme commenced and the aspirants were called out one after the other to Make their manifestos, which their supporters cheered them up, chanting their slogans etc.

Also in the programme questions were directed to the aspirants which they answered accordingly.

After the manifesto was announced, the committee present at the occasion gave a general announcement on steps and criteria for voting at the polling booth tomorrow which is the Su election day.

She also stated that all campaign should be cancelled.

Currently their is state of confusion by many if the criteria would be adjusted to suite the students.

We will keep you updated on changes of criteria if any comes up. 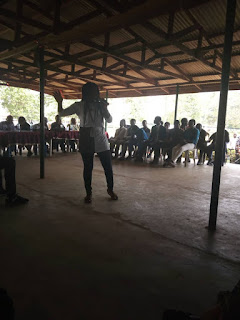