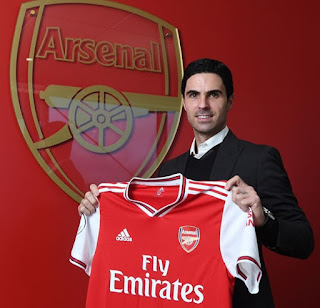 Mikel Arteta has been named the new manager of the North London club "Arsenal" with a three-and-a-half-year contract.
The former assistant coach of Manchester City has 150 appearances for Arsenal and won the FA Cup twice with  Arsenal before retiring in 2006.
The coach is an optimistic one because he has made it known that he is confident to achieve his task because he thinks the current squad has plenty of talent and there are youngsters in the academy division who will come on board to showcase their talent to the world.