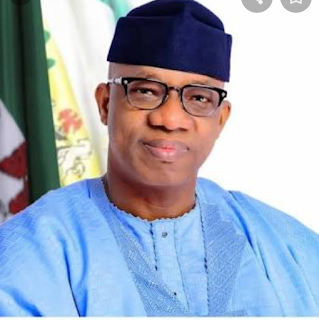 In the global political annals, leaders who etched their names in the sand of times were always guided by wisdom and patience. They manifested wisdom in doing the right thing at the right time to get the desired results. They exuded patience, taking their time to prioritise the most pressing needs of the people after which they put up efforts at accomplishing them noiselessly. They had zero worry for erroneous mentality to get things done quickly in other to satisfy the selfish interest of a minority powerful caste. Their maxim is Bibles Ecclesiastes 7:8 which says: Better is the end of a thing than its beginning thereof”.

Governor Dapo Abiodun of Ogun State has cut the figure of a wise and patient leader of this time and season. Day after day, month after month, the oil magnate cum governor has continued to reveal himself as a special breed in delivering dividends of democracy to Ogun people in a way that completed and ongoing projects have fittingly met the immediate needs of the majority in the state. Barely six months after assuming office, Abiodun has used the steel in the iron of his administration to touch various sectors of life, above mere periphery; thus uplifting standards and bring about holistic development in a more united and even way, which Ogun used to be known for in the past.

The journey that that the Iperu-born governor did embark upon since May 29 is speedily becoming a win-win voyage, showcasing the reality of his campaign promises to the people of Gateway State. Tellingly, it has been a six months of touching lives and refurbishing the moribund state of affairs he met on ground. Girded in wisdom and patience, Abiodun is gradually taking off Ogun from the shell of taunts that resulted from unsolicited massive road and bridge construction which characterized the profligate administration of Ibikunle Amosun. Till date, uncompleted roads and bridges inherited from Amosun-led government still litter Abeokuta, while several cities, suburbs and rural areas languish in deplorable roads
Worried by high prevalence of bad roads across the state, no sooner had Abiodun assumed office than the executive arm sponsored and sent a bill for the establishment of Ogun State Public Works Agency to its legislative counterpart. The agency has since swung into action by carrying out several palliative measures on bad roads to ameliorate the sufferings of people. The agency, aside the visible palliative works, has also embarked on reconstruction of some major roads in the three senatorial districts, stretching over 30km. For the records, the reconstructed roads in Ijebu axis include Oru-Awa-Ilaporu road, Molipa-Fusigboye-Ojofa road, and Ashafa Oke-Ashafa Isale-Ayegun road. Fajol-Alogi and Elite-Oke Lantoro-Isale Ake roads in Abeoukuta, and Ikoritameje-Adenrele-Olose Titun-Vespa road in Ifo are undergoing facelift. In Ogun West, Ikola-Navy-Osi Ota and Ray Power roads in Ota and State Hospital road in Ilaro are under reconstruction. In Remo, Baruwa and Hospital roads in Sagamu have been touched.

Olamide Lawal is a political activist and writes from Abeokuta.