By Radio moment with Omonaija December 25, 2019
Nigerian soldiers and members of a vigilante successfully repelled a Boko Haram attack on Biu in Southern Borno State, an official has said.
An official of the Civilian-JTF, whose members fight alongside the military against the insurgents, told PREMIUM TIMES that 48 Boko Haram fighters were killed in the battle. The military is yet to speak on the attack.
PREMIUM TIMES Tuesday night reported how Boko Haram fighters gathered outside Biu to attack the town barely 24 hours after they were repelled by soldiers.
On Monday, the insurgents, in an attempt to attack Biu, ran over two villages on the outskirts of the town killing two persons and injuring 13 others. They were later repelled by soldiers after hours of a gunbattle on the outskirts of Biu.
The insurgents returned the next day.
At about 6 p.m. on Tuesday, residents of Biu were alerted to the gathering of suspected Boko Haram gunmen who arrived at a location near Kimba, a village a stone throw away from Biu.
Security sources who spoke with PREMIUM TIMES on phone on Tuesday said troops mobilized from different locations to confront the insurgents.
A source confirmed to this reporter Wednesday morning that the troops in Biu and the ones in Damboa converged to engage the insurgents in a shootout that lasted till the early hours of Christmas day.
Backed by operatives of the Civilian-JTF, the battle continued until “48 of the Boko Haram gunmen dropped dead while some fled with bullet injuries.”
“The operation lasted till about 4 a.m. when the soldiers and our members finished ransacking the areas for their dead bodies”, said a C-JTF operative, Muhammed Liberia, who spoke to our reporter.
“We were also able to arrest three of the Boko Haram live and they are currently with the soldiers,” he said.
The military has not issued any statement on the Biu attacks, but another public official currently in the town said normalcy had returned there.
Bulama Talba, the Press Secretary to the Borno State deputy governor, who is currently in Biu with his principal, confirmed that the attackers were repelled.
“As I am talking to you now, normal activities are going in Biu town after the soldiers have repelled the planned attack,” he said.
“We heard that the soldiers have effectively repelled the intended attack, and people are carrying on with their Christmas celebration.”
The Boko Haram insurgency in Northern Nigeria has caused over 30,000 deaths since 2009. The insurgents say they want an Islamic caliphate in Northern Nigeria. 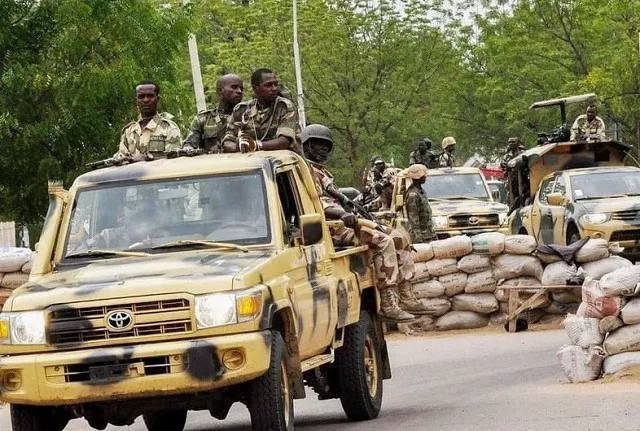