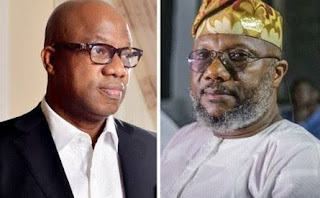 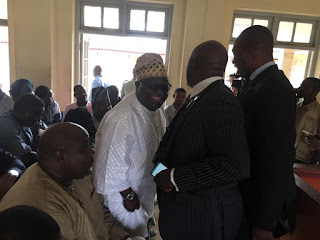 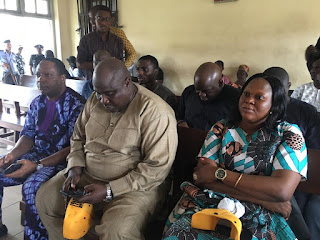 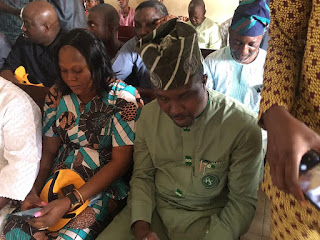 venue of the Governorship Election Petition Tribunal ruling between Prince. Dapo Abiodun of the All Progressive Congress (APC) and Hon. Adekunle Akinlade of Allied People's Movement (APM) on Saturday was  blocked by security agencies and supporters of the candidates.

Security agencies were also believed to have been on ground since as early as 7am, among which are; men of the Nigerian Police Force (NPF), Nigeria Security and Civil Defence Corps (NSCDC), Department of State Security (DSS), Special Anti-Robbery Squad (SARS).

Also, at the early hours of the day, there was a heavy downpour, and a man believed to be a Army was caught standing in the rainfall, whereas others were under a shed in order to be protected from the rainfall.

The man, who was putting on the shirt with the inscription "Dapo Mandate" at the front and "On DA's Mandate We Stand" was written at the back of the Shirt, also he was holding a baby dressed in the camouflage of an Army.

Penpushing further reports that the Commissioner of Police, Bashir Makama and the Civil Defence Commandant, Ahmed Abodunrin were present at the Tribunal ruling.

While, the presence of the Governor's Chief of Staff, Salisu Shuaib, State House of Assembly Speaker, Hon. Olukunle Oluomo, and other members of the House were not left out.

Penpushing also report that the proceeding was stream live on radio.