Jubilation in Ogun as Abiodun floors Akinlade at tribunal

By Radio moment with Omonaija September 14, 2019 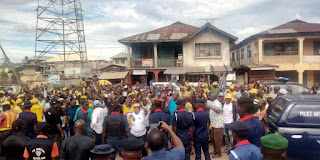 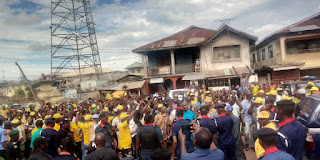 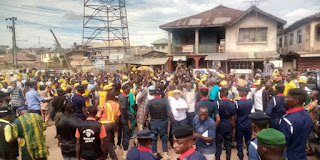 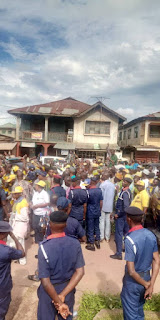 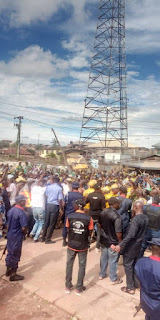 There was jubilation among the  supporters  of  Ogun State governor, prince Dapo Abiodun  and the members of All Progressive Congress, APC, on Saturday in Abeokuta as the election  petition tribunal sitting in Isabo,  Abeokuta, Ogun State dismissed the petition challenging the victory of Dapo Abiodun at march 9 governorship election.

The presiding judge, Justice Yusuf Halilu stroke out the petition seeking the disqualification of  Dapo Abiodun on the grounds of submitting false academic qualification and over-voting

justice Halilu said that the petitioner has not only failed but irredeemably failed.

According to him, the petition lacks credibility.

In his final judgement, justice Halilu maintained that the  petition is destined to fail. It is here by dismissed.

Meanwhile, chairman of All Progressive Congress, APC, Ogun State chapter, chief  yemi Sanusi noted that the  the party already knew that it win at tribunal, saying that march 9 governorship  election was free and fair.

''We have known already that we are going to win because you and I know that the election was free and fair so we expected this outcome . I was  never worried about the outcome of the result. What am here to do is to confirm the Victory and the judgemen''

He  therefore advised Dapo Abiodun to focus on other things  that he has set aside as the judgement has been made today.