Hon. Ogundimu congratulates Abiodun on his victory at tribunal.

By Radio moment with Omonaija September 15, 2019 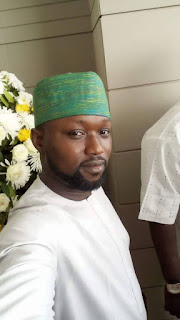 The current councillor for  Ward 10, Oke Ago Owu, Abeokuta, Ogun State, hon. Gbenga Ogundimu  has congratulated the Ogun State governor, prince Dapo  Abiodun on his victory at the  tribunal.

He also hailed tribunal for not been biased in his judgement

Hon. Ogundimu disclosed this in an interview with news men after the reaffirmation of Dapo Abiodun as the authentic governor of Ogun State.

He also celebrated with the people of Ogun State and all APC faithful, saying that the judgement is a validation of the people's choice.

''I want congratulate the Ogun State governor, prince Dapo Abiodun on his victory. This shows that his victory is valid and the march 9 governorship election was free and fair''

Hon. Ogundimu was one of the councillors who refused to defect to Allied People's movement during the governorship election because of his love for APC and Dapo Abiodun