Why I am different from other DJs - Dj medal

By Radio moment with Omonaija August 10, 2019
A finest and talented Disk Jockey,  DJ , in Nigeria, Olamilekan Olatunbosun Somide popularly known as DJ medal has revealed that he trained himself specially to promote upcoming artistes in Nigeria  by playing their musics at club, shows, and any other events he finds himself.

He also said that very soon he will be organising a great show for upcoming artistes in Ogun State as part of his effort to bring them to the public.

We can't continue to mix songs only for the popular ones such as wizikids, Davido and co let's at times mix for the upcoming artistes let us help them through our turntables so people can appreciate them

According to him, the show will  help them a lot and encourage them to do more in the industry.

He also added that this has made him to be different from others because he does not play only the  popular artistes such as wizikids, davido, Dbanj and co  songs, saying that most of the time he mixes song for the upcoming artistes

The Ogun State based DJ disclosed this in an exclusive interview with journalist in Abeokuta, Ogun State.

He said the only way to help the upcoming artistes is by playing their songs at clubs, shows and any other events.

''I specially trained my self to promote the upcoming artistes, because most of them are good and talented and if they are songs are not played by we DJs people may not know them, it is very important for us as DJs not to condemn them because they are yet to be known, lets promote them, the likes of wizkid, Davido, Dbanj and other popular artistes started from somewhere and they are known already now, we can't be playing their own songs all the time and ignore the upcoming artistes''

He also called on other DJs in Nigeria not to ignore the creativity of  upcoming artistes, saying that the only way of making people to know them is by playing their music at clubs, shows and any events.

''I discovered that some DJs are not promoting the upcoming artistes and we DJs are the only one that can make public to know them. We need to play their songs and lay emphasis on them by doing this we are helping them''

He therefore said  that he never regretted being a DJ, saying that the importance of DJ's can not be undermined, saying that everyone needs a DJ to add some bite to their event 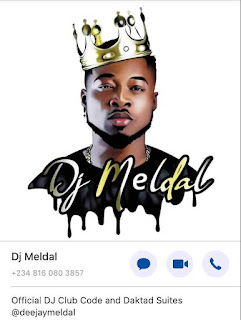 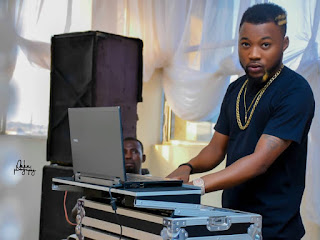