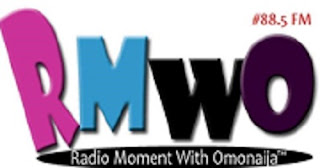 The Public Relations Officer of the National Emergency Management Agency, Ibrahim Farinloye made this known on Thursday during the 2019 NEMA staff re-treat  titled  ‘Re-engineering the agency for effective and proactive disaster management' held in Abeokuta, Ogun State

The re-treat was attended by representatives of the agency across the Southwest states.

According to him,  research has showed that Nigeria will record more flood disaster this year following the refusal of  some state governments to expand drainages both in the rural and urban areas.

He noted that the agency had sent letters to the state governors calling their attention to the forthcoming flood disaster.

“There is need to expand the drainages, go to Lagos State and other neighboring state you would see that the drainages have been filled up with refuse and other waste, therefore if the rain begins there is no how we won’t record flood disaster.

“It is the responsibility of the  State Governments and Local Governments to expand drainages and  that is why the Director General of NEMA had sent letters to all of them, calling their attention to it which they all showed interest.

“ We should be expecting more rains this year, parents should be very careful with their children, when you see that the rain is about to fall, it is better for you not to allow your children go anywhere for that period. Motorist should also drive careful while plying the roads” he said.

Also speaking at the event, the agency Assistant Director of Finance and Accounts Southwest zone, Aliyu Waziri, commends the Federal Government for the welfare package of workers in the agency.

He said the agency had set up the IDP camp to provide them dignity and food.

“We have also successfully achieved timely response to disaster occurrence like bomb explosions, conflicts, collapsed buildings, flooding among others”.

Waziri however advised local and state governments to make proper arrangements ahead of the flood disaster.