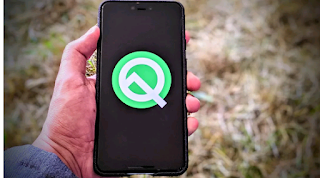 Google on Thursday revealed that the next generation of its mobile operating system, previously called Android Q, will be ditching the dessert monikers that have been a part of its system updates for years. It will simply be known as Android 10.


"As a global operating system, it's important that these names are clear and relatable for everyone in the world. So, this next release of Android will simply use the version number and be called Android 10," Sameer Samat, vice president of product management for Android, wrote in a blog post. "We think this change helps make release names simpler and more intuitive for our global community."
Google is similarly updating its Android logo as part of this new idea, opting for a "more modern, accessible look."
Google has typically named its new flavors of Android alphabetically and after something sugary. For example, the previous Android version was called Pie. Before that was Oreo, preceded by Nougat and Marshmallow.
Google released the first preview version of the software in March and demoed more features at its annual I/O developer conference in May.
One of Google's key selling points for Android 10 is a new approach to keeping personal information private. The new privacy features come in the form of more granular location controls and a dedicated privacy section in the settings app.
Android 10 will also support foldable screens, faster app launches and full-on gesture navigation. Look for new Bubbles notifications and a slick Live Caption feature, too.
A number of companies have been working with Google throughout the beta process to ready their devices for the new update. In addition to Google's line of Pixel phones, OnePlus (6 through 7 Pro), LG (G8) and Huawei (Mate 20 Pro) are among the many companies with devices already certified for the 10 beta program.