WHAT YOU NEED TO KNOW ABOUT FEDERAL POLYTECHNIC ILARO.

By Radio moment with Omonaija July 13, 2019
Ilaro, Ogun State is a town in Ogun State, Nigeria. Ilaro town houses about 57,850 people. Ilaro is the headquarters of the Yewa South Local government, now known as YEWALAND which replaced the Egbado division of the former Western State, and later became a part of Ogun State of Nigeria. Ilaro town is about 50 km from Abeokuta, the Ogun State capital, and about 100 km from Ikeja, the capital city of Lagos State.

Close to this monument is the town hall named after the honourable warrior "’Orona’ Hall". The statue of Oronna and his Leopard (picture above) are still there for tourists and lovers of history to see.

Osata was an Ancient Ilaro ruler in the 19th century who sacrificed his own son for his people to enjoy abundance of rainfall at a time Ilaro was plagued with drought.The dialect spoken in Ilaro is the Egbado dialect. When Ilaro indigenes meets outside home, the shout of “Omo Oluwewun” has a magical power of unifying the "Ilu Aro" people.

History of ilaro
Ilaro was founded in the 18th century by Aro who migrated from the Oyo town to settle down in Igbo Aje,a little hill situated at the centre of the town from where he and his warriors could sight enemies (mostly slave traders from the neighbouring Benin republic known then as Dahomey) on attack from a long distance. Aro himself was a warrior and a hunter to be reckoned with. Ilaro had her name from "Ilu Aro" meaning the settlement of Aro which later became Ilaro for ease of pronunciation. Ancient Ilaro town was blessed with great farmers, hunters and warriors out of which Orona and Osata ranked the files of Ilaro history.

In the history laid by these humble kinsmen and peace-loving individuals, apart from saving the lives of their kinsmen from the hands of the invading Dahome and other warriors, news had it that Orona with his "Ekun" (Leopard) when he became old and wanted to show the potency of His powers entered into the ground and told his people to call upon him whenever there is problem, i.e. in times of war, by just pulling the chain attached to himself and the leopard as at the time of entering the ground.This place where Orona disappeared into the ground with his Leopard is today known as the Orona Shrine and has been renovated and constructed as an emolument for lovers of history and tourists. It is also the location where the coronation of every new traditional ruler of the town is performed. The Orona Ilaro Festival is celebrated annually in remembrance of the great warrior.

During the Nigerian Civil War, Ilaro acted as the headquarters of the Egbado land and produced brave warriors who fought for the sustenance of the unity of the Federal Republic of Nigeria. Notable of these patriots include Major General Olurin (Rtd), late brigadier general Samuel Adegoriola Oniyide, late Major Onifade and the Late Major Ibikunle Armstrong.

Apart from warriors, the Ilaro town also produced renowned Yoruba literature guru Prof. Afolabi Olabimitan who later became a politician few years before his death and was also a delegate to the Nigerian Constitutional conference in 1999.

He authored Kekere Ekun, this being his first novel published in 1967. He also authored “Ta lo p’omo Oba?" and other literatures. Until his death he was a member of the “Akomolede Yoruba" group and a former Don at the University of Lagos, Nigeria.

The aforementioned people contributed in part to the development of Ilaro town as either moralist worthy of emulation, educators, devoters of religion, principal of secondary schools in Ilaro, former sole administrators / governors, former speaker of the Ogun state house of assembly, Minister of State for Education, secretary to the Yewa south local government, Philanthropists, Senior Advocate of Nigeria, gubernatorial candidate, member of the house of assembly, as the case may be. Also apart from these people there are also indigents of Ilaro that are spread all over cities and other towns in Nigeria and as well as around the world in Europe, in the United States of America, in Asia, in various islands and some countries in Africa such as Ivory Coast, Ghana, Libya, Senegal, Cameroon, Niger Republic and the neighbouring Republic of Benin.

Ilaro town had a very good romance with the missionaries from Europe in the 19th and the 20th centuries. History had it that the likes of the Late Lord Lugard, Late Mary Slessor visited the Ancient Ilaro town. Many missionaries lived the whole of their lives as Chaplains and as medical doctors in Ilaro town and in remembrance of this, the longest street in Ilaro to date is named Leslie Street after J. Leslie.

The Ilaro people have a very rich cultural heritage. The Ilaro people are the originator of the “Bolojo“ and the “gelede” dance. The language of communication at the Gelede dances is songs known as “EFE” which is mostly composed to expose and correct ills done by people in the neighbourhood. One wouldn't know that one is being noticed at every bad steps one took until a visit to a Bolojo dance performance or the gelede dance stand when specific songs will be composed and rendered to one's hearing.

Listen to the EFE and you will have the cause to laugh stress as well as sorrows out of your life. The Adebowale and Atolagbe family of Ona - Otun and the Isale Idiroko compounds of Ilaro are known for the carvings of the Masks and the breast plates (In general the costumes for the Gelede dance performance). The Bolojo dance are usually held at the Oronna hall or at venues for annual programmes such as the independence anniversary, children's day celebrations etc.

The Gelede dances are usually held in the market square and usually during the summer time to enable each and every one both young and old indigents of Ilaro to participate. Ilaro festivals include The Egungun Masquerade festival, which in most cases usually last for three months with almost a daily dance and magic performance at the Egungun play ground in the “Ago Ishaga “ area of Ilaro town., the Oro Festival, the Ogun festival, the Sango festival, the Elegbara, the Alamuwa, the Iya Ala festival, the Igbala festival and the Igunuko festival. 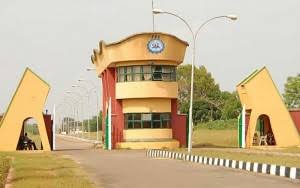 The Orona Ilaro festival is however is most significant for its attraction of culture and tourism enthusiasts to the town. The festival usually includes such events as the Sisi Ilaro beauty pageant, a football match, masquerade displays and festival dances, a talent hunt and lots more.

A popular promoter of the Yoruba culture in the movie industry popularly known as "Ogogo" was born and bred in Ilaro. Ilaro indegene has as part of their apelation "Ogogo 'kulodo", "Ogogo T'alujofe", "'Omo Eribigbo Oyo Mako- tracing the history back to the Oyo town" etc.

A visit to Ilaro will not be complete without the taste of "Idobesi Apara" and "Oso". The ancient Ilaro people welcomes visitors as well as their sons and daughters in foreign lands back home with Apara, Oso and Eko. To the Ilaro people the kola and the bitter kolas are meant for occasions such as the worship of Ogun (Kola), Child naming ceremony (Orogbo). Elder family members are usually called "Ogboni". Thus it is usual of Ilaro people to say "Ba mi ki Ogboni e O.", meaning "extend my greetings to your dad" (or the leader of your family). The Ilaro family is mostly extended in nature. The old / ancient part of the town still have these extended families housed, fenced and named as Iga.

Thus it is popular in Ilaro to have compounds named as Iga Bada, Iga Keke, Iga Babaolu, Iga Ekerin, Iga 'Modeolu etc. Of note is the fact that these extended families have specific / unique emblems for recognition as either character, art and craft, trade, chieftaincy title or eligibility to the Ilaro Kingship (heirs to the throne).

Presently Ilaro is a mixed religion town. There are as many numbers of mosques as there are churches. There are also Muslim Missionary training centers of the Ahmadiyat Muslim Mission and the Nawar-ud- deen Missions respectively.

The Missionaries introduced religion and western education to the people of Yewa Land. Churches and schools were founded of which the Christ Missionary Church and school was founded as CMS and the first secondary school in Egbado land known then as Egbado College Ilaro, now Yewa College was also founded.